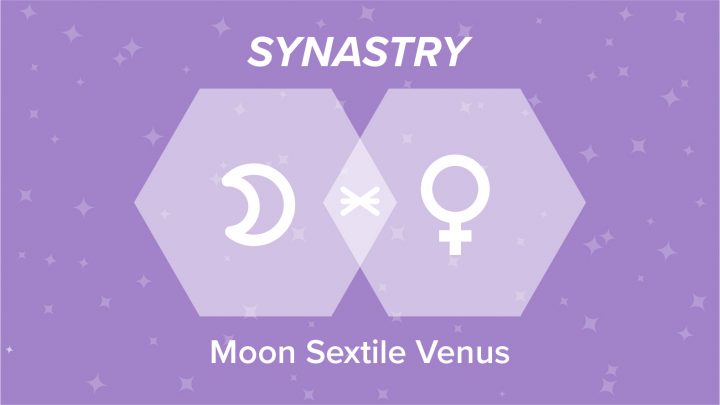 Moon sextile Venus is a pleasant aspect in synastry. It helps two people to feel comfortable with each other.

The Moon is one of the two Luminaries of the birth chart. As such, it plays an important role in every aspect of our lives, including our relationships.

The Moon governs the day-to-day details of our lives. This includes our emotions, our activities, and even the food that we eat.

Venus is the primary planet responsible for our relationships.

A sextile is a friendly aspect. Planets that are sextile like each other. They complement and balance each other as well.

The Moon sextile Venus will create comfort and familiarity between people.

The two will want to get along, and they will tend to give each other the benefit of the doubt in any conflict or misunderstanding.

The connection created by this aspect is mostly non-verbal. They feel safe in each other presence and have an easy time trusting one another.

This aspect has a number of special sign combinations that color its meaning.

There are a few sign combinations that make this aspect even more favorable. If these combinations are present, this aspect will indicate compatibility by itself, regardless of the other aspects.

Moon in Taurus, Venus in Cancer

This is the best possible combination for this aspect. The Moon is exalted in Taurus and rules Cancer. Venus is strong in Cancer and rules Taurus.

Moon in Pisces, Venus in Taurus

Both of these planets are strong in the individual birth charts of the two people. The Moon is comfortable in Pisces, and Venus rules Taurus.

Moon in Cancer, Venus in Taurus

The Moon and Venus are both in the signs that they rule, which gives strength to both of the individuals.

There is also receptivity to each other, as the Moon is exalted in Taurus, and Venus is comfortable in Cancer.

In the following sign combinations, one person will be receptive to the other and to the relationship, and the other person will not.

It will be important to look to the other aspects between the charts to get the full picture for how this aspect will operate.

Moon in Virgo, Venus in Cancer

The Moon rules Cancer, but Virgo is hostile to Venus.

Moon in Pisces, Venus in Capricorn

Venus is exalted in Pisces, but Capricorn is an unpleasant place for the Moon.

The sign combinations below will complicate this aspect quite a bit.

With all of them, the two will like each other, but there will be an element of distrust between them. They will also both have a lot of emotional issues, and they will act them out in the context of the relationship.

Venus is miserable in both Virgo and Scorpio, and the Moon is troubled and tormented in Scorpio.

This will make for a messy relationship.

This combination is also complicated. Both Scorpio and Capricorn are hard on the Moon, and Venus also has trouble in Scorpio.

In addition to the special sign combinations, it is important to look at what houses this aspect influences in each of their birth charts.

The Moon sextile Venus is a gentle and comfortable aspect. As such, by itself, it will not generate sexual attraction or chemistry.

Even so, it is a good aspect to have in a romantic relationship, especially if the desire is for a marriage or long-term relationship.

It will create a sense of sanctuary in the relationship. The two will feel safe and comfortable together.

The man will tend to take on a nurturing and protective role in the relationship. The woman will create safety and comfort.

In general, the two will bring out the best in each other.

As is the case when the genders are reversed, this produces safety and comfort in the relationship.

It does not produce “love at first sight,” but it is excellent for fostering a relationship that lasts over time. The two will be able to support each other through all of life’s ups and downs.

In this case, the woman will take on the nurturing role. If they marry or live together, she will generally be the primary cook.

He will be a soothing presence for her and will be someone she can go to when she is upset.

This aspect lends itself well to a friendship, and it is the most natural relationship that it produces.

Friends with this aspect will be confidants for each other. They will feel like they can tell each other anything.

They will also be able to give each other a non-judgmental perspective when they are upset about something. These are friends who will always be there for each other no matter what.

How to Tell if the Moon is Sextile Venus in Synastry

The signs that are sextile each other are shown in the graphic below:

The influence of this aspect will be present if the two planets are in the right signs.

If the planets are within nine degrees of a perfect sextile from the wrong signs, they will form a cross-sign aspect. In the case of a cross-sign sextile between the Moon and Venus, the influence will be minimal.

The planets will either be in signs that have nothing in common or in signs that are square. The cross-sign sextile will mitigate the negative impact of the whole sign relationship.

Moon sextile Venus in synastry is a positive aspect. The two people involved will feel safe with each other and will generally have a comfortable relationship.

This aspect is more natural in a friendship, but it can provide stability to a marriage or other long-term romantic relationship.

It will be important to consider the signs involved, however, because there are a number of sign combinations that will modify this aspect. 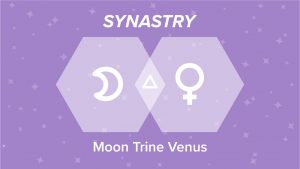 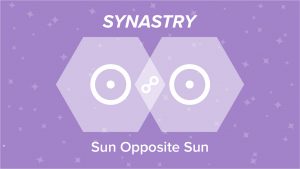 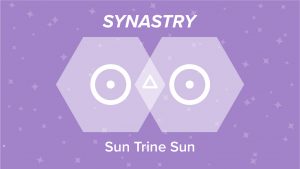 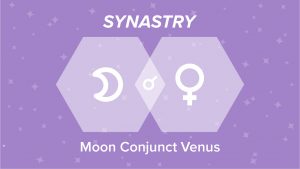