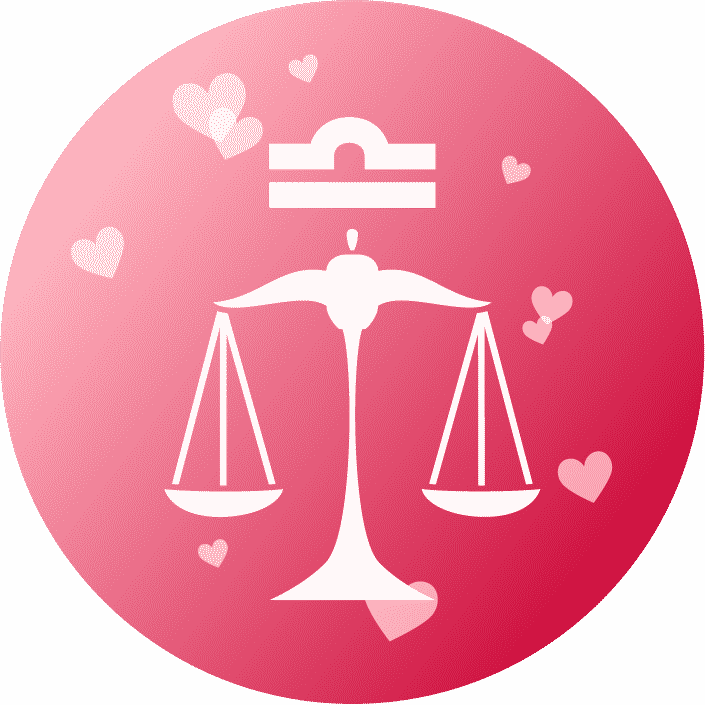 Libra natives need relationships in order to express their true nature. Even so, Libra has higher compatibility with some signs than with others.

In this discussion of Libra compatibility, the primary focus is on those whose Sun is in Libra. Yet, each person is unique.

Most of us are a combination of several signs. For this reason, if you are looking for a personal analysis of your needs and behavior in a relationship or are looking for specific advice, it is recommended that you see a professional astrologer.

These percentages are based in part on traditional wisdom as to the meaning of Libra's relationship with each sign on the zodiac wheel.

They are also based on the nature of the various signs and how they behave in relationships and on professional observation and experience.

Libra's best matches are Leo, Gemini, and Aquarius. Libra can talk with any of these signs for hours on end, which for Libra, is a prelude to physical attraction.

As the two most social signs of the zodiac, Libra and Leo make a great pair. They both are accomplished at the game of flirtation, and they know how to entertain each other.

The royal nature of Leo gives Libra the chance to hone the courtier's skill of flattery, and they greatly enjoy each other's company. As a couple, they will throw the best parties.

Not only do these signs complement each other in public, but they are compatible in private as well. When they are in private, both of these signs want to take off their masks and just be themselves.

This can make them a bit aloof with those that they care about. Other signs are often confused by this, but these two will understand and appreciate this trait in each other.

With both of these signs, there is much more to them than meets the eye.

Leo's showy nature can mask the deep courage, loyalty, and generosity of this sign. Likewise, Libra's diplomatic and polite manner mask this sign's sharp intelligence and commitment to relationships.

These traits will make it easy for these two to build a strong and lasting relationship together.

When thinking about the natures of Libra and Aquarius, it might seem a bit surprising that they are so compatible.

Theoretically, they are both Air Signs, and signs of the same element generally get along well with each other. Yet, Libra is socially adept and likes to fit into a group harmoniously. In contrast, Aquarius relishes in being a bit odd and standing apart from any group.

Yet, as Air Signs, they share the common trait that they need intellectual stimulation to feel physical attraction.

Libra natives tend to hide their intelligence a little because they do not want to stand out or make anyone else uncomfortable.

Yet, Libra often possesses a great deal of knowledge about many different topics and can carry on an intelligent conversation with just about anyone.

Also, even though Libra tends to follow the rules in social situations, this sign often has a hidden mischievous streak. Natives of this sign are often drawn to those who are a bit unconventional, and Aquarius is almost alway unconventional in some way.

Gemini is the only sign that can match and perhaps even surpass Libra in the art of conversation.

Both of these signs collect information. Libra collects information by being able to talk to people of all backgrounds and walks of life.

Libra then uses that information in order to be a perfect host or hostess. Gemini collects information for the sheer joy of learning.

Gemini is usually the proverbial social butterfly, flitting from person to person in a crowd, rarely staying in one place for very long.

With Libra, however, Gemini is likely to stay because their conversation will be so interesting! It is easy for Libra and Gemini to talk for hours about all sorts of various topics.

While Libra and Gemini get along extremely well, the compatibility between these signs is slightly lower than with Libra and Leo or Aquarius.

That is because Gemini is a little less stable in relationships. Gemini gets bored easily, and sometimes has trouble with monogamy.

Still, Libra is one of the signs that can hold Gemini's attention, and they are a very good match.

There is an old adage, "opposites attract," and in theory, this adage holds true in astrology. Opposite signs are the natural partners for each other.

In practice, however, some opposite signs are more compatible than others. Aries and Libra are opposite pairs, and the differences between these two signs are stark.

Aries loves to fight and communicates directly and bluntly. Libra is the ultimate peacemaker and communicates indirectly with impeccable manners and courtesy. Yet, the differences between these signs complement and balance each other.

Libra softens Aries and smoothes out the rough edges of this sign. When Aries ruffles people's feathers, Libra can soften and sooth any offenses or hard feelings.

In turn, Aries protects Libra and says and does the things that Libra might want to do but is too polite. These two bring out the best in each other.

Libra natives are known for their ability to get along with almost anyone. Yet, there are a few signs that they have trouble with.

Of all signs, Libra has the most trouble with Scorpio. Libra is ruled by Venus. Like Libra's opposite sign, Aries, Scorpio is ruled by Mars.

The main problem is that these two signs have fundamentally incompatible values. Libra values courtesy and social harmony above all else, including honesty.

In general, Libra natives have no trouble telling "little white lies" to avoid conflict or unpleasantness. Scorpio values honesty and integrity and has a deep need to get to the bottom of everything.

To make matters worse, Scorpio natives are highly intuitive and know when they are not being told the truth. Scorpio will pry, which will make Libra extremely uncomfortable.

While Libra enjoys other people and learning about them, Libra natives do not want to know anyone's deep, dark secrets, nor do they want to share theirs. Scorpio lives for such knowledge.

Part of the problem between them stems from their different elemental nature.

Even though Libra wants to be nice, Libra does not truly understand Cancer's feelings. Also, Cancer can become moody and stand-offish, which makes Libra very uncomfortable.

Yet, the real problem between these signs is their respective communication styles. Libra is extremely indirect and often says nothing in order to avoid conflict.

When Cancer natives are upset, they often crawl in their shells without explanation. This means these two are unlikely to talk about their difficulties, making them very hard to resolve.

In some ways, these signs can complement each other well. They usually find each other physically attractive. Libra can also be very helpful as a hostess to Capricorn's drive to rise socially.

Yet, there is friction between these signs as well. Capricorn natives are motivated first and foremost by their ambition. This sign puts business first and relationships second.

Libra natives are motivated by relationships. Libra will not want to come second to Capricorn's job, and Capricorn will not appreciate Libra's demands.

The differences between these signs are not insurmountable, but Libra abhors conflict of any kind. The tension will be quite uncomfortable for Libra.

Social Libra men like to be around the most powerful personalities in the room, so they tend to find themselves attracted to and compatible with charismatic Leo, Aquarius, Aries, and Gemini.

The first three of these signs are all effortlessly confident, while Gemini’s willingness to put themselves out there and try new things speaks to Libra men.

When it comes to long-term relationships, Libra men are happiest with Leo, Aquarius, and Gemini.

While these signs all have strong characters, they are also generous and giving in the way that Libra likes.

This compatibility extends to the bedroom, where they also find the adventurousness of Aries and Sagittarius very satisfying.

Libra has the happy talent of talking to anyone about anything, but they find the certainty of Aquarius, the passion of Leo, and the volume of Gemini particularly compelling.

Libra women are often looking for a champion, so they might find themselves most compatible with fierce Leo and strong and independent Aquarius.

However, they also connect easily with Gemini, whose similar passion for people means that they have a lot in common.

Libra women tend to have successful long-term relationships with all these signs, as she needs to feel constantly wanted and stimulated, and all three signs can provide that.

In the bedroom, Libra women tend to be experimental, so they are most compatible with Gemini, and also like the fiery approach of Aries and Sagittarius, as well as Leo.

Libra women can talk to anyone about anything without taking a breath, but they also like to listen, and find themselves eager listeners when Aquarius, Leo, or Gemini speak.

Aries is Libra's opposite sign, and these two signs are compatible in spite of, or perhaps because of, their differences. They provide balance and bring out the best in each other.

Libra has a great deal of trouble with the Water Signs, Scorpio and Cancer.

The relationship between Libra and Capricorn is not quite as difficult, but there is still more tension than Libra is comfortable with.

It is important to remember with zodiac compatibility is that it is not the only factor that determines whether a relationship will be successful.

Commitment and dedication to the relationship are as important, if not more so, than natural compatibility.

Libra and Aries are probably the best matches. I am a libra woman and I love Aries so much. my boyfriend is 2 years is an Aries but we get along so well even though we have our days. my mother is an Aries and other people that I associate with or even artists I love are also Aries. but these are all super accurate in my opinion as a libra.

I'm a Libra and my partner is a Capricorn and we get along just fine. Just Sayin' 😏😏

Thank you for letting us know, updated now.

The secret of success is hard work

You're right, but there's an x factor involved that is almost impossible to explain. Hard work breeds success, however hard work isn't necessary when a square peg meets a square hole. Some times things work because they should and not because one made it work. That's the kind of success that I assume the majority searches for. Why should anyone look for a missing piece when they can be one part of two wholes?

The secret of success is hard work 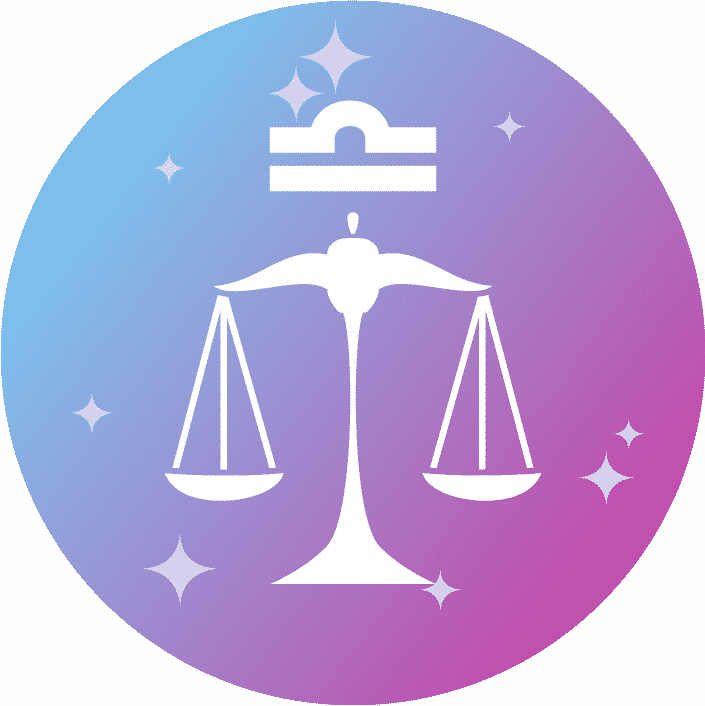 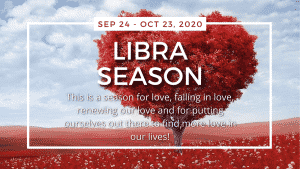 Libra Season 2020 Sun Sign Horoscope: What You Need To Know