The Babylonians were the first to call the constellation Scorpio “the creature with the burning sting”, and those born under this zodiac sign tend to have a sharp tongue.

They can be highly suspicious of other people and very unforgiving. Moreover, if Scorpio don’t like you, you will know about it!

Despite their seemingly hard exterior, as one of the water signs Scorpio’s emotions run close to the surface.

They try to keep their emotions under control, but they have a tendency to spill over. It is not just their emotions that Scorpio likes to control, if they had their way, they would control everything!

One of the fixed signs, this zodiac sign is also very firm in their opinions. They don’t really like to listen to the ideas of others.

While they are firm and fixed in their ideas, Scorpio is also highly adaptable. They know how to play the part in order to cope with every challenge.

Scorpio also likes to reinvent themselves regularly, always updating themselves to deal with and meet their current life challenges.

Those born under Scorpio are passionate, assertive, and there is no way to sugar coat it, control freaks!

They aren’t happy unless they are calling the shots and making the decisions.

They aren’t happy following the orders of others, and they can also be overly dismissive if the ideas of others. Why could they need to listen when they already have it all figured out?

When it comes to making decisions Scorpio is highly rational, and will always favour evidence-based decisions over the gut.

They like to have as much information as possible at their fingertips before they decide on anything so as not to encounter any surprises down the line.

Most of the time they are assertive enough that this doesn’t hold them up, but they can on occasion suffer from decision paralysis.

Scorpio’s emotions run close to the surface, and while they prefer to keep it to themselves, sometimes it is beyond their control.

But despite the occasional outburst, in general they have an inner strength which means that are able to deal with whatever life throws at them.

They are highly adaptable, and in fact love to reinvent themselves for every new situation.

While Scorpio is scrupulous with their word and would never tell an outright lie, they to tend to be secretive.

They can’t stand the idea of people nosing in their business, and tend to think that people are more interested in their private actions than they really are.

But as a stark contrast, Scorpio can’t leave a mystery unsolved and has a tendency to snoop into the activities of others.

They also get very upset when they feel like someone is being dishonest with them.

Scorpio can have a tendency to see the worst in others, and look for evidence to back up their opinion. They are also very unforgiving.

Once someone has made their way into their bad books, it is very hard to turn things around.

You will generally know if a Scorpio doesn’t like you. They choose not to hide their feelings.

Scorpio is analytical and intelligent, which means that they often cut straight to the heart of situations.

But they know how smart they are, and as a result, can have a tendency to ignore the opinions of others. This can make them appear arrogant and leave those around them frustrated.

Scorpio likes to be pursued. They like to feel like they are an object of affections and have their potential partner demonstrate that.

This sign also likes to play games, and might engage in a bit of cat and mouse activity to make the courting process a bit more exciting and interesting.

They also enjoy a little bit of over the top romance – no, its not cheesy!

The emotions of this Water sign run near the surface, and so they tend to fall in love hard and fast.

They are incredibly devoted in a relationship. However, they are also highly suspicious. They are always on the look out for evidence that someone is not being honest with them.

They are the type of person who will regularly go through their partner’s cell phone. But that doesn’t give their partner licence to do the same.

They hate their privacy being invaded and can be very unforgiving of behaviour they consider dishonest.

Scorpio and Taurus tend to make a happy couple as Scorpio is sensitive enough to pick up on Taurus’ subtle signals.

On the other side, Taurus will be happy to play Scorpio’s cat and mouse games, and they are also very devoted and unlikely to display any behaviour that will make their partner start to feel suspicious or jealous.

Pisces enjoys the chase, making them another great match for Scorpio when it comes to romance. They will wine and dine Scorpio in exactly they way that they want.

This sign doesn’t tend to form good relationships with Leo or Aquarius.

Both Scorpio and Leo a very dominant, which means that they are pretty much always fighting. Leo’s outgoing nature can also trigger Scorpio’s jealousy.

Aquarius is too secretive for this feisty sign, who will be reading additional meaning into everything that they do.

Scorpio men can sometimes find dating difficult, as they like to be pursued, but society still generally expects the man to be the pursuer.

He can easily get turned off a potential love interest if they don’t respond to his messages, or show sufficient gratitude when he does go out of his way to do something special for them.

When a man of this zodiac sign does get into a relationship, they have a tendency to move quickly, and the couple might find themselves with matching bathrobes before they know it.

While they are incredibly devoted, they aren’t very trusting. They will always be on the look out for suspicious behaviour that could indicate that their partner is up to something.

Partners may need to defend themselves for something as simple as a handshake.

Scorpio women want to be wooed and appreciate grand gestures.

No, sending a dozen red roses to their office with a singing messenger is not over the top (no matter what they say).

They like traditional dating where they are wined and dined as their partner tries to win their affections.

She is confident, she knows that she has other options on the table.

She is also a little insecure, and tends to be on the look out for betrayals. Tears may be shed over a number of innocent social interactions.

Once in a partnership, Scorpio is suspicious. This is the woman who will go through all her partner’s messages and stalk all of their female contacts on social media.

Scorpio thrive as leaders and love to be in charge. Their ability to gather and synthesise a large amount of information also makes them excellent rational decision makers, so they rarely lead their team astray.

However, some employees may find their leadership style stifling. They don’t like to listen to the opinions of others, and struggle to accept when they may have made a mistake.

In addition to this, Scorpio aren’t great team players.

They struggle to follow the orders of others, especially if they think a decision is wrong. This can make it difficult for Scorpio in their early careers, before they have found themselves in their natural leadership positions.

Scorpio thrives in complex industries where there is a lot of different moving parts to keep an eye on.

They have an uncanny ability to keep all the details in their head and never lose track of anything.

No one knows exactly how much money Scorpio has, as they are highly secretive about it.

Scorpio will never tell anyone how much they earn, or how much their home is worth, though they probably know these details about all the people closest to them.

This sign is likely to refrain from getting a joint account with their partner as they prefer to keep exactly how much they earn, and spend, under wraps.

They also probably have a few secret bank accounts where they have stashed money for a rainy day.

When it comes to saving and budgeting, Scorpio excel, as they have a pretty good idea where pretty much every cent goes.

If they need to make adjustments, they are good at deciding where to make cuts and sacrifices.

Scorpio finds it difficult to trust, and this can often make them unhappy.

Always being suspicious of the people closest to you is hard work, and it can undermine relationships as no one likes to feel that they are not trusted.

Scorpio needs to take a closer look at the root causes of their jealousy and suspicions.

Is the behaviour of the other person really an indication that there is something strange going on? Or is something about the situation triggering personal insecurities for some reason?

If Scorpio can better understand their insecurities and triggers, they can better cope with their natural tendency towards suspicion.

“Negative emotions like loneliness, envy and guilt have an important role to play in a happy life; they are big, flashing signs that something needs to change.” – Gretchin Rubin

Scorpios often make excellent actors as their emotions are close to the surface and they have good access to them. They are able to reinvent themselves in any moment.

He and his wife kept the birth of their son hidden for two years! Which is pretty amazing considering how invasive the modern media can be.

Falling in love with a prince is exactly the kind of thing that will appeal to a romantic Scorpio. The fact that the media follows his every move so he can’t mess up doesn’t hurt either!

Grace Kelly was a successful American film actress in the 1940s and 1950s and considered one of Hollywood’s great beauties.

She completely transformed herself to take on a new life when she married the Prince of Monaco in 1956. 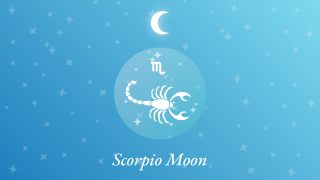 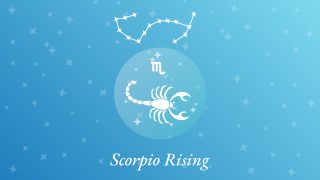 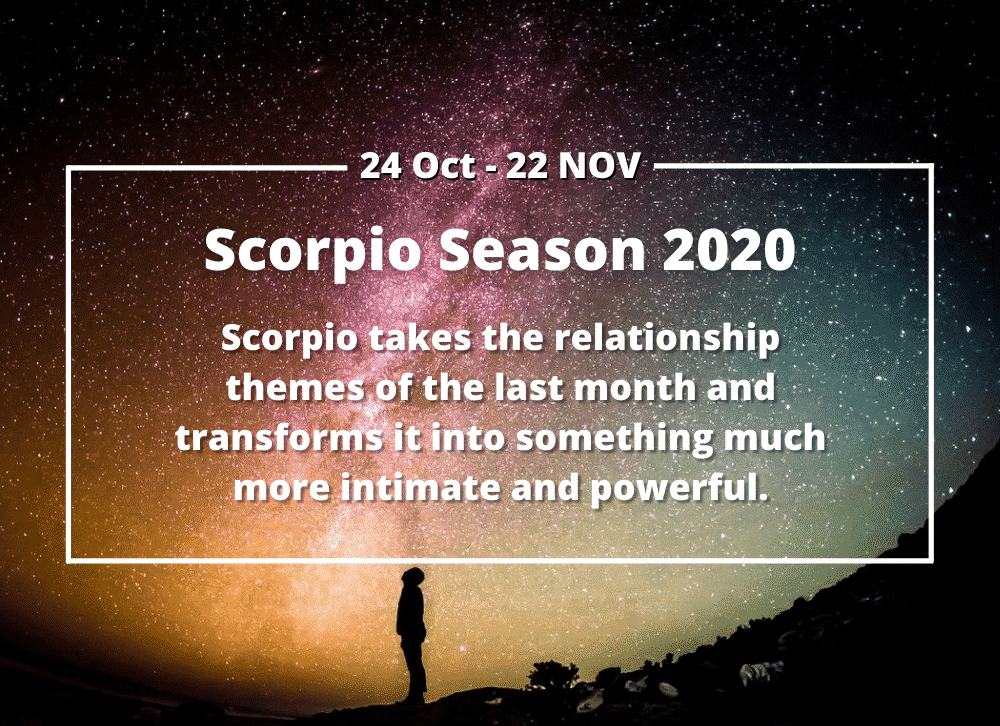 Scorpio Season 2020 Sun Sign Horoscope: What You Need To Know