Capricorn is not known to be a very romantic sign. Hard-working and serious, this sign tends to focus more on business than on pleasure. Yet, for the right person, Capricorn can be a dedicated and devoted partner.

When it comes to Capricorn compatibility, it is important to understand that while natives of this sign can and do fall deeply in love, they will always be aware of the practical considerations of any romance.

This article is primarily about someone with a Capricorn Sun Sign. Yet, all of us are much more than our Sun Sign alone. Most of us are a combination of several signs.

So, if you are looking for a detailed analysis of your relationship, you may want to consult a professional astrologer.

Below is a chart showing Capricorn’s compatibility with each sign as a percentage.

According to traditional wisdom, the relationship between each sign comes from their respective places on the wheel of the zodiac. The percentages take these relationships into account. They are also based on the nature of each sign and professional experience and observation.

The signs that have the highest compatibility with Capricorn are listed below.

Capricorn and Taurus are very well-matched. Both of them are practical and down-to-earth. As Earth Signs, both of them place a high priority on their material well-being. They also understand each other intuitively, and there is little conflict between them.

Yet, even though they are both alike, there are some key differences between them, which allows them to complement and balance each other.

Capricorn is ambitious and hard-working. This sign has a natural desire to rise in status and will do what it takes to get ahead. On the other hand, Capricorn can forget to enjoy life. Taurus has no trouble enjoying the pleasures that life has to offer but has a tendency to become lazy.

Taurus can help Capricorn relax and enjoy life. In addition, Taurus can bring out the natural sensuality of Capricorn. In turn, Capricorn has a knack for motivating Taurus and getting Taurus to do things.

Virgo and Capricorn are also an excellent combination. Like Taurus and Capricorn, Virgo is an Earth Sign. Signs of the same element have an aspect between them known as a trine, which is extremely harmonious.

Even so, these two can balance and support each other. Capricorn can set long-term goals and is able to see the big picture. Virgo is able to take care of the details and short-term tasks necessary to execute these long-term goals.

While this is a very good romantic combination, is also an incredible working one. These two will do extremely well in business together.

Scorpio and Capricorn are quite similar in many ways. Both of these signs are brilliant strategists and come across as quite serious. Neither of these signs has much patience for small talk and tend to prioritize business over pleasure. Indeed, from the outside looking in, Capricorn and Scorpio can look alike.

Like Capricorn and Virgo, Capricorn and Scorpio make a formidable business partnership. On this level, they understand each other quite well. Yet, these two can also do quite well in a personal or romantic relationship.

Even though Capricorn and Scorpio have a lot in common, there are still enough differences so that they can balance each other. Capricorn is the more pragmatic of the two, but this sign can sometimes seem cold and unfeeling. Scorpio is a deeply passionate sign but can get swept up in emotions.

In this relationship, Scorpio can soften Capricorn, and Capricorn can provide stability to Scorpio.

Technically, Pisces has a higher overall compatibility score with Capricorn than Cancer does. Yet, Cancer and Capricorn are the natural partners for each other because they are opposite pairs. Some opposite pair combinations work better than others, but the archetypes for this pair go to the core of family life.

In many cultures, these concepts are heavily tied to gender roles. While this is changing in many places, it is still deeply embedded in the hearts and minds of many. For this reason, a Capricorn man/Cancer woman couple will be a very traditional marriage.

On the other hand, a Cancer man/Capricorn woman will have a natural role reversal. The success of this combination will depend on how comfortable the two are in accepting this role reversal and navigating any social consequences.

The most difficult combination for Capricorn is with Leo. These signs often find themselves in competition for status and leadership positions, but they are very different from each other. Regardless of background or social status, Leo is royalty. This sign craves the attention and admiration of others.

While there are many competent Leo natives, their primary motivation for wanting to be in charge is not a desire to get things accomplished. Instead, Leo wants to shine and spread joy to others.

Capricorn, on the other hand, wants to get things done. Leo’s flair is lost on Capricorn, who finds it annoying. In turn, Leo finds Capricorn dull and boring. A relationship between these signs is quite rare, as they do not enough in common to be attracted to each other at all.

There are many television and story tropes about two people who start off hating each other and wind up dating. In astrology, the square is the aspect of that trope.

Both of these signs want to be in charge and both have a strong desire to get things done. They have different ways of accomplishing their goals, however. Aries leaps into a task or a project, often without thinking. While Aries has a lot of initial starting power, this sign has a very difficult time with sustained effort for a long time.

In contrast, Capricorn is slow to begin projects and takes a long time to consider the consequences of any course of action. Yet, once Capricorn starts something, this sign will see it through to the bitter end.

These differences make this combination an extremely volatile one.

Like Aries, Libra is also in a square relationship with Capricorn. Yet, this combination is less volatile. The reason for this is that Libra avoids conflict at all costs. Still, these two signs tend to both attract and annoy each other.

Unlike Leo or Aries, Libra will rarely directly compete with Capricorn for power or position. On the other hand, despite appearances, Libra does not like to give up control. While Libra rarely controls in an overt way, natives of this sign are quite capable of getting what they want and need.

Many signs will be charmed by Libra’s social graces being blithely unaware that they are doing everything that Libra wants. Capricorn will not be. Capricorn will get annoyed with Libra’s indirect approach. Libra, in turn, will be frustrated by Capricorn’s abrupt approach and disregard of social niceties.

Down to earth and steady Capricorn men are most compatible with similarly grounded earth signs Taurus and Virgo.

They also make a good match for water sign Scorpio, who appears grounded at all times, but is in fact flooded with intense emotions.

Capricorn men can make long term relationships work with all these signs, as they all have a craving for order and stability that complements rather than disrupts their individual lives.

They also work well in the bedroom, but Capricorn is particularly well connected with Scorpio, whose strong emotions add an extra layer of excitement to the encounter.

But when it comes to talking about the things that really matter, Capricorn men like the pragmatic approach of fellow earth signs Taurus and Virgo, as well as collected and organized Cancer.

Capricorn women tend to be looking for stability and balance in their relationships, so they are most compatible with fellow earth signs Taurus and Virgo.

While they tend to keep their own emotions in check, they are also drawn to the emotional intuition of the water signs Scorpio, Pisces, and Cancer.

She will have her best long-term matches with Taurus, Virgo, and Scorpio, as all are organized and believe in security, so they will want to build the same kind of life.

These signs also work well in the bedroom, but this is another place where Capricorn enjoys the additional intensity provided by encounters with the water signs.

Scorpio women tend to keep their thoughts to themselves, but Taurus’ calm demeanour and Scorpio’s quiet intensity will encourage her to open up.

The signs that are the most compatible with Capricorn are the other two Earth Signs, Taurus and Virgo. Capricorn also does very well with Scorpio. Virgo and Scorpio make very good business partners for Capricorn as well as romantic partners.

Capricorn and Leo tend to dislike each other and do not have enough in common to be attracted to each other. Capricorn has a great deal of sexual chemistry with Aries and Libra, but the relationship with either of these signs is extremely tense.

It is important to remember, though, that commitment and dedication can go a long way in overcoming incompatibility between couples. Capricorn is known for such dedication and is capable of overcoming any obstacle in order to make a relationship successful.

hi am a Capricorn girl 14 years

Helpful, it cleared things up for me in my relationship life. I'm a Capricorn and I have always had this challenge of being compatible with Libra and Leo, I think now I will channel my energy in the right place. Although I will like you to clear me about Capricorn to Capricorn. 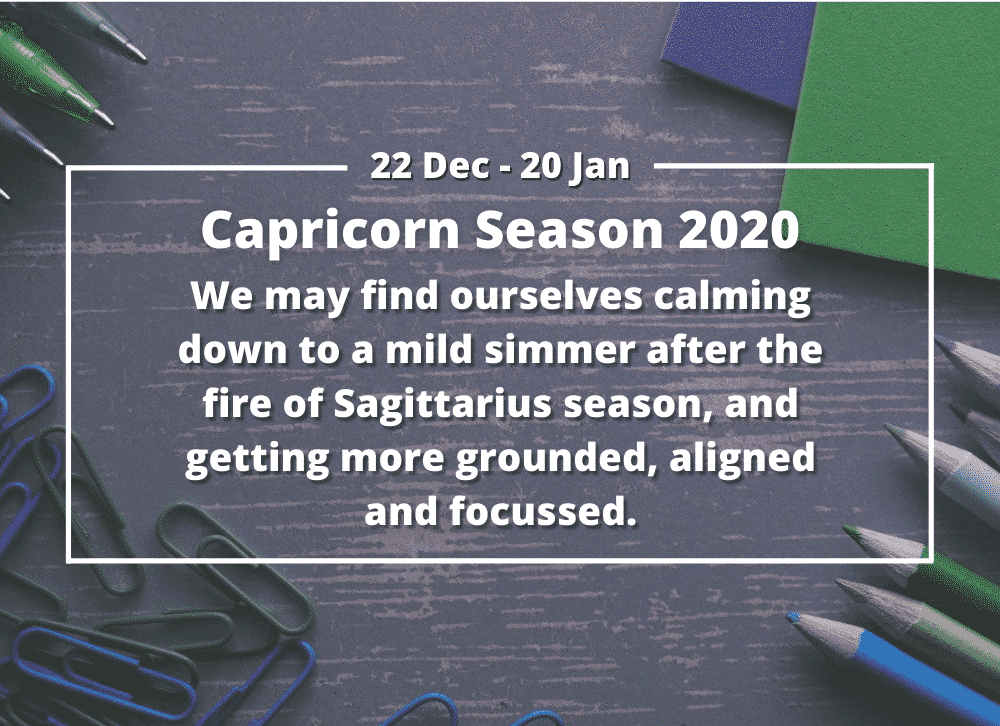 Capricorn Season 2020 Sun Sign Horoscope: What you Need to Know
2 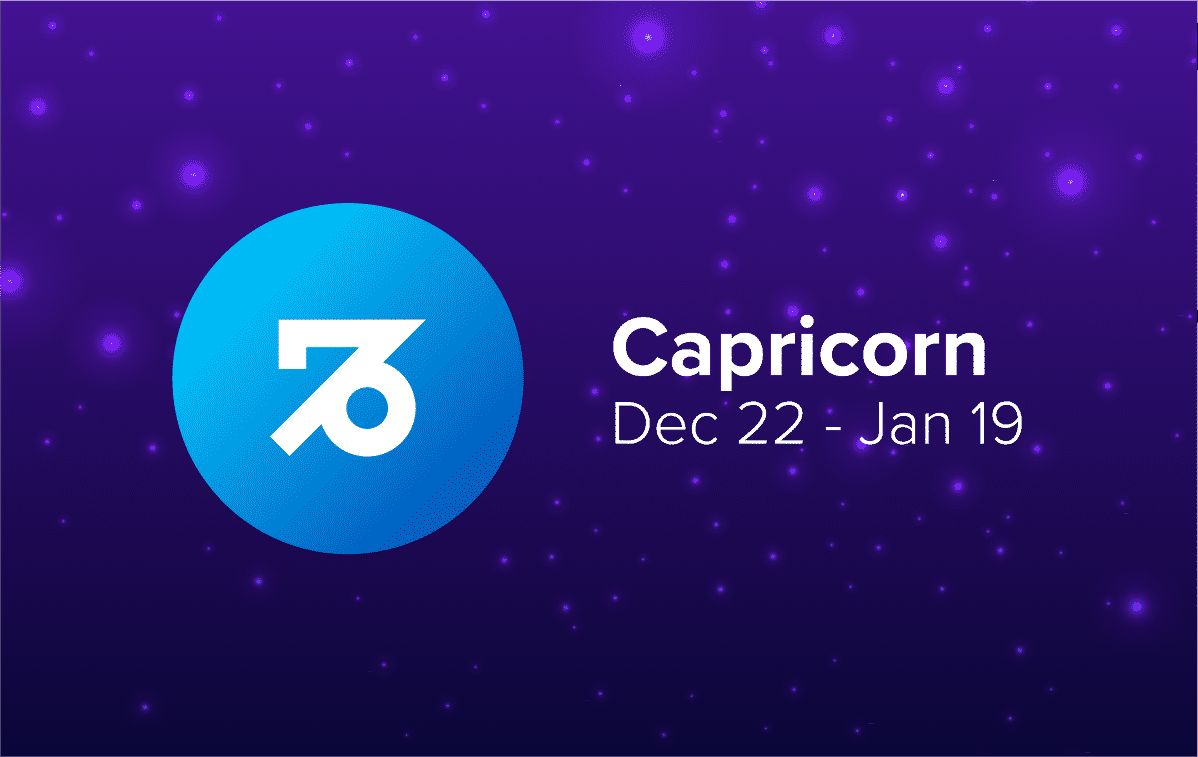