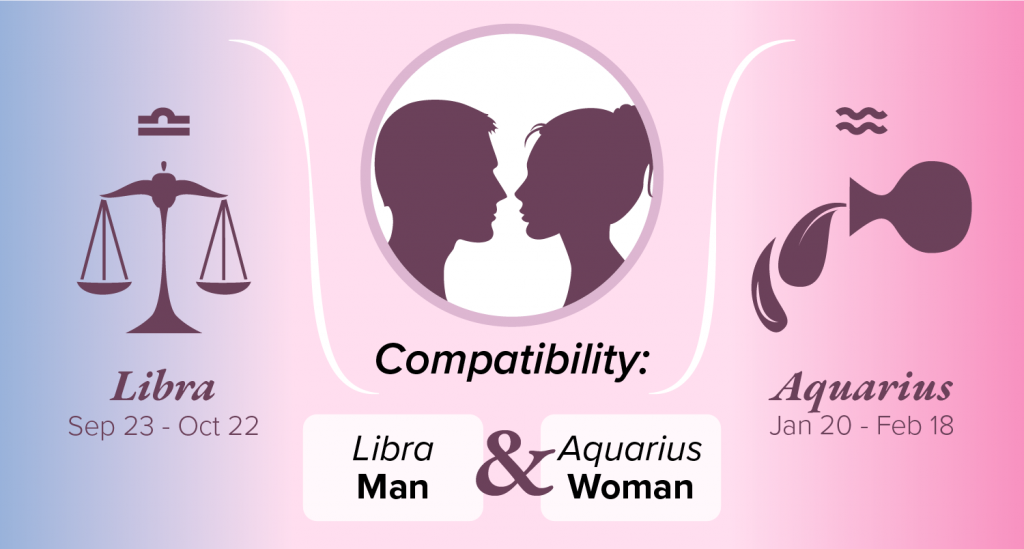 A Libra man and an Aquarius woman combination are an excellent compatibility match by zodiac sign. These two can have a happy and long-lasting relationship together.

As Air Signs, this couple have a natural rapport as well as an intuitive understanding of one another.

Even though they are similar in many ways, they have differences that complement each other.

A Libra man is very diplomatic and charming, but he can sometimes lose himself as he compromises with others.

An Aquarius woman is her own person and can withstand social pressure.

All of the Air Signs are highly social, but a Libra man brings an artistic flair to the table when it comes to interacting with others.

When he is with people, his gifts and talents can shine.

He is diplomatic and charming, and he knows hows to give others the feeling that they are important to him.

Relationships are of utmost importance to a Libra man, and he often feels lost if he does not have one.

Libra is often portrayed as indecisive, but this is a bit misleading. Libra is a Cardinal Sign, and as such, he does have a sense of direction and purpose.

This purpose is to maintain balance and harmony. He wants everyone to be comfortable, happy, and to get along with one another.

His opinions and other desires are less important to him, and for this reason, he will only express them when he is sure that he will not encounter opposition.

The natural charm of a Libra man often masks his intellectual curiosity.

He is truly interested in other people and what they do.

When it comes to relationships, a Libra man is attracted to someone who is unusual in some way.

An Aquarius woman is a contradiction in many ways. Like all Air Signs, she is highly social, but she often does not conform to social norms and standards.

She does not fit in with the crowd, and this does not bother her in the least.

Indeed, she enjoys the notion of being different.

She likes interacting with people from all walks of life, but she rarely initiates contact. Instead, she waits for people to come to her.

Aquarius is often portrayed as open-minded and forward-thinking, but this is very misleading.

Aquarius is a Fixed Sign, and as such, she can be extremely stubborn and set in her ways.

The reason that she seems open-minded is that she likes to listen to what others have to say.

She finds the ideas and opinions of others interesting.

That does not mean that she will even come close to agreeing with them.

An Aquarius woman is often impossible to predict, and she is attracted to a variety of different people.

There is one constant, however. She absolutely needs someone who will provide her with intellectual stimulation.

She will never have an interest in a man unless she can have an intelligent conversation with him.

If a Libra man and an Aquarius woman meet, he will almost certainly start a conversation with her.

When an Aquarius woman is in a social situation, she tends to sit off to the side and watch what is going on with interest.

This will intrigue a Libra man, who will want to know who she is.

When they begin to talk, they will find that they have a lot in common.

An Aquarius woman is well-known for having unique ideas and insights, but a Libra man often does as well.

Because of his charm and social graces, he generally has talked to many people from all walks of life.

He also has the ability to see different sides to every issue.

This gives him a perspective on life and issues that is often surprising.

He does not often share his ideas for fear of offending others, but he will find it easy to be himself with an Aquarius woman.

These two will almost certainly develop a friendship, and this friendship is likely to turn into something more.

A Libra man and Aquarius woman have high sexual compatibility.

Both of them need intellectual stimulation as well as physical sensation, so they are well-matched in this respect.

Even though he is charming and flirtatious when he talks with other people, a Libra man becomes surprisingly aloof when a relationship becomes sexual. This can be confusing to a partner.

The reason for this seeming aloofness is that he is able to take off his mask with others and relax.

For some signs, this may be a difficulty, but an Aquarius woman becomes more chatty and gregarious in bed.

This will compensate for any aloofness on his part.

Aquarius has a reputation for independence, which is warranted. Yet, despite this, she often does well in marriage.

It takes her a long time to settle down with someone, but that is generally because she dislikes change.

A Libra man and Aquarius woman have high marriage compatibility.

Once an Aquarius woman is in a marriage or a long-term commitment, she will generally stay in it.

A Libra man is a very good marriage partner for her. He is fully capable of taking the lead.

With many other signs, he will be indirect, but he will feel comfortable telling an Aquarius woman his wants and needs.

A Libra man is indirect for two main reasons. The first is that he does not want to risk conflict.

If he is direct, the other person might get upset, which could lead to an unpleasant situation.

The second is that he does not want to pressure someone to do something that they do not want to do.

Being indirect gives the other person room to refuse him gracefully. Neither of these reasons applies to an Aquarius woman, however.

Even if an Aquarius woman disagrees with something, which is more likely than not, she will not engage in conflict, nor will she get emotional about it. She will just disagree.

An Aquarius woman will also never do anything that she does not want to do.

This can be a problem for other signs, but for a Libra man, it will give him the freedom to be honest about his needs and well as his thoughts and ideas.

A Libra man and Aquarius woman will balance each other well as parents.

They will provide their children with lots of opportunities for learning.

Neither of them is comfortable with deep emotions, however, so they may have trouble if they have children who are highly sensitive.

For the most part, a Libra man and Aquarius woman will work well together.

An Aquarius woman generally wants to do things her own way, and thus, it can be difficult for her to work in concert with someone else.

She has a hard time accepting new ideas unless she thinks that they are her own.

A Libra man is quite diplomatic, though, and he will be able to get his ideas across in such a way that he will avoid the usual Aquarian resistance to them.

They balance each other well with respect to their working styles.

A Libra man is good at starting projects, but he sometimes has trouble with follow through.

In contrast, an Aquarius woman can have difficulty with starting projects, but once she does she will stick with them until they are complete.

Together, they will make a great team.

A Libra man and Aquarius woman will not fight very much. The relationship between these signs is harmonious.

Furthermore, neither of these signs is prone to volatility.

A Libra man will try to avoid conflict whenever possible. An Aquarius woman does not avoid conflict, per se, but she tends not to engage in arguments.

Her opinion is her opinion, and she assumes that the same is true of other people.

For this reason, she generally does not bother trying to persuade anyone to her point of view.

Yet, this lack of conflict can be a difficulty.

Most of the time, they will see eye to eye, but just like any couple, there are times that they will not.

His tendency to avoid conflicts and her refusal to engage in them could mean that they do not deal with problems that arise.

This could lead to unspoken bitterness and resentment which could poison their relationship if they are not careful.

For this reason, it will be important for them to check in with each other from time to time to make sure that they do not have unresolved issues that they need to deal with.

A Libra man and an Aquarius woman are a very harmonious pair.

They will get along well with each other, and at the same time, their differences are such that they complement and balance each other. 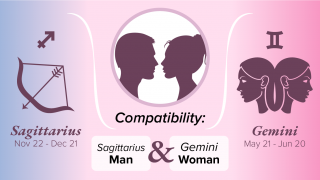 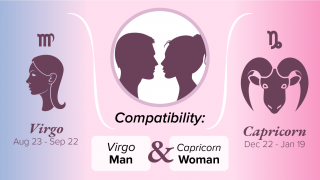 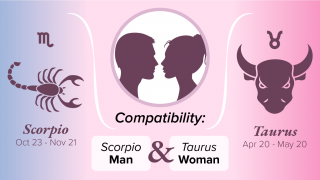 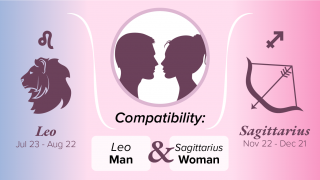 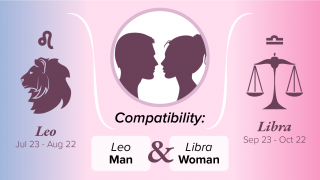