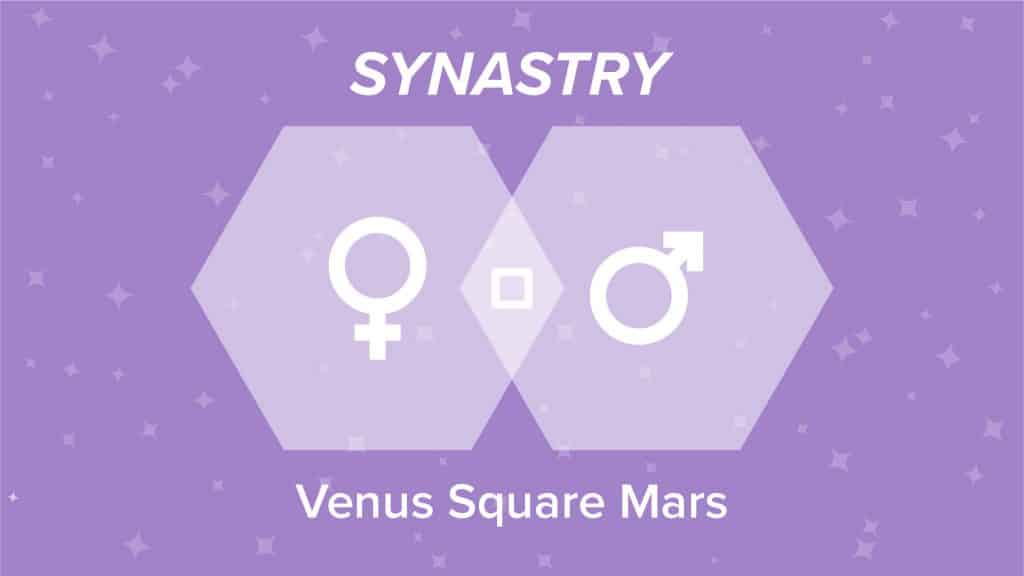 Venus square Mars in synastry is one of the most powerful indicators of physical attraction between two people.

Venus is the planet that is the primary signifactor of relationships. This planet governs what we like and who we are attracted to.

Mars is the planet that governs how we go after what we want. This planet can generate conflict, but it can also create sexual attraction.

The square is an aspect of tension. This tension can also provide chemistry between people.

When Venus is square Mars in synastry, the impact is electric. This aspect will make two people bicker.

In a potential romantic relationship, however, it can also make them irresistibly attracted to each other.

This could be two people who start off hating each other but then fall in love.

Mars is also sometimes associated with masculinity and Venus with femininity, but everyone has both planets in their charts.

Women have Mars, and men have Venus.

Any connection between Mars and Venus between two charts means that on some level, the two people fit together. One receiving what the other is doing.

The particular aspect determines how they fit together.

The square is an aspect of friction.

Planets that are square tend to grate on each other.

When Venus and Mars are square, Venus is receiving Mars, but in a way that is uncomfortable and annoying.

Mars can feel both the connection and the annoyance.

The nature of Mars is such that this will energize this planet rather than discouraging it.

This is the reason for both the conflict and the attraction with this aspect.

You can find out more information as to the specific application of Venus square Mars in synastry by looking at the house position that Venus and Mars fall in each person's chart.

A relationship in which a man's Venus is square a woman's Mars is tricky in synastry.

This aspect can lead to conflict and misunderstandings if the couple is not careful.

This relationship works best if the man takes the lead.

He will find her attractive if she takes charge, but it will almost always lead to conflicts.

This could give her the impression that he is chauvinistic or does not appreciate her competence and strength, whether this is the case or not.

When this aspect is present between a man and a woman, however, her aggressive, assertive side will be annoying to him.

It may have nothing to do with his feelings towards women in general or whether he has conservative ideas about relationships.

Whatever else is going on between them, her natural demeanor when she is asserting herself will rub him the wrong way.

It is just the particular way that their birthcharts fit together.

The best way to deal with this is for them to understand this and to adjust the way that they interact together.

The situation can be even trickier when a woman's Venus is square a man's Mars.

In this case, she will be annoyed by him taking the initiative.

She will find it attractive as well, but that will not stop the relationship from becoming volatile.

A lot will depend on the relationship of her Mars to his Venus.

If that combination is more harmonious, negotiating a role reversal may be the key to a better relationship.

If not, they will need to look to other points of synastry between their charts for help.

Good Mercury aspects will go along away towards helping the couple communicate regarding these differences.

This can be an extremely volatile combination if they are not willing or able to communicate and negotiate.

They will probably have good make-up sex, but that may not be enough to create a satisfying relationship for both of them.

Venus square Mars an aspect that is much more conducive to romantic relationships than to friendships.

This is because, in a romantic relationship, the physical chemistry generated by this aspect can make up for the tension.

In a relationship where this does not apply, such as a friendship, the tension will dominate.

This aspect can make for a volatile and uneasy friendship.

The friend whose Mars is involved will often try to take charge, but this will lead to frustration and resentment.

This could create a situation of "frenemies."

Even so, they will be drawn to each other like a magnet.

Mars-Venus contacts between people tend to have a "fated" feeling to them.

Despite the volatility, or perhaps, because of it, these friends have the potential to help each other change and grow.

How to Tell if Venus is Square Mars in Synastry

Planets are square each other if they are three signs apart.

These signs will be in the same Mode, Cardinal, Fixed, or Mutable, but in incompatible elements.

In one sense, they are very different, yet, in another, they are too much alike.

Below is an image that shows the signs that are square each other:

While the influence of a square will be felt if Mars and Venus are in signs that are square, the aspect will be stronger the closer it is by degree.

The orb, or margin of error, in aspects between Mars and Venus is 7 degrees.

It is possible for Mars and Venus to be square across signs if one planet is in late degrees of a sign and the other is in early degrees.

In this case, the aspect will be weaker but will take most people by surprise.

Neither of them will be able to put their finger on what exactly they find annoying about the other.

Mars square Venus in synastry will bind two people together, but the relationship between them can become quite volatile.

This aspect is better in a romantic relationship where the tension can be resolved by physical intimacy.

It will be important to look to other aspects between the two people for guidance as to how to navigate the tension between them. 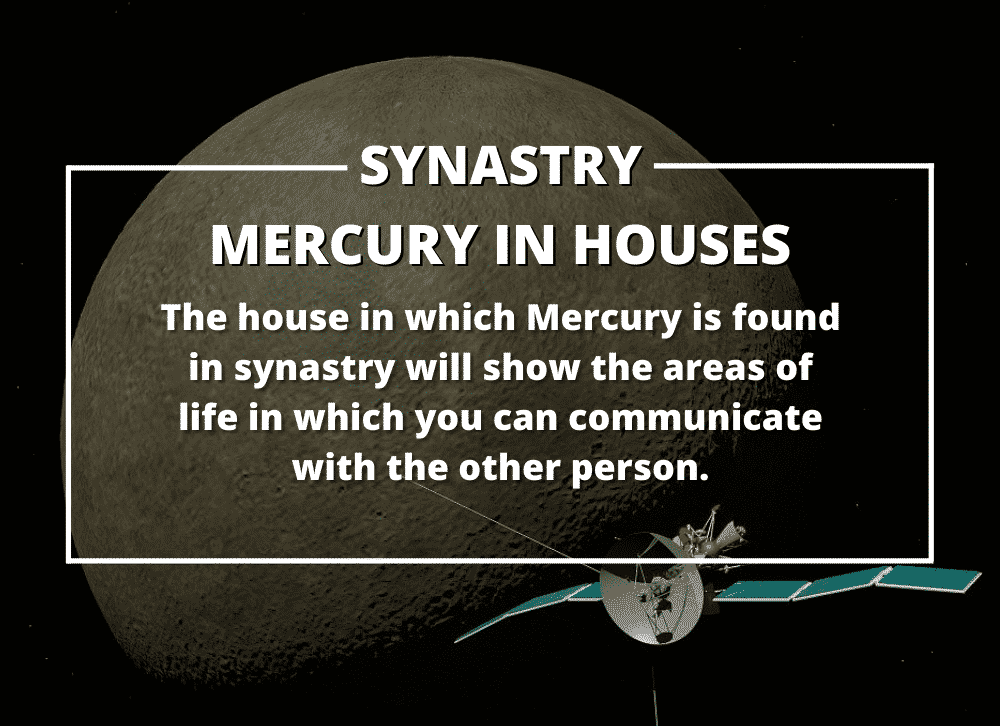 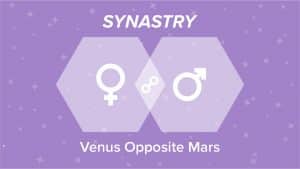 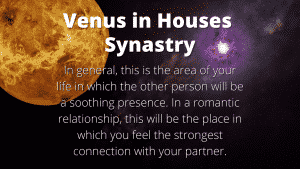