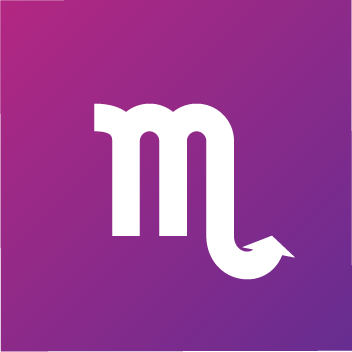 Scorpio women are headstrong and ambitious, they believe in taking control of their life and getting out in front…

Scorpio women have a very clear vision of themselves and what they want for their lives. Nothing will turn their heads from this path, and they are in control of exactly where they are going. Their determination and single-mindedness can make them seem like they are hard people, especially when combined with their sharp tongue. But nothing could be further than the truth. They are deeply sensitive, but they have learned to keep those parts of themselves to themselves as protection.

Scorpio women tend to be secretive and don’t like other people to know what they are up to. But at the same time, they like to know everything about everyone and are often snooping and gossiping. This is because they believe in evidence-based assessments and rational decision making, so they need to know as much as they can in order to make the best possible decisions.

Scorpio women like to be in control over everything in their lives, and don’t particularly like surprises, or the feeling that things are slipping away from them. They also like to maintain the visage that they are calm, collected and in control, but they actually have sensitive and turbulent emotions that often burst to the surface. They always find these unwanted displays of emotion embarrassing, and they hate feeling embarrassed in front of others.

Scorpio women will sometimes be called argumentative, but they just enjoy a heated discussion. They will argue the finer point, and never change their opinion, but won’t be offended that others don’t agree with them. But that is not to say that she is not easily offended. If she thinks that someone is being dishonest with her, she can become very angry. She also can’t stand when she thinks that someone is keeping a secret from her. She will do whatever it takes to get to the bottom of a mystery.

Scorpio women tend to keep a strict schedule, and they don’t appreciate last-minute changes to their plans. People should always call before popping over, even Scorpio’s mother. Her house tends to be immaculate and functional, with everything serving a purpose. If you find yourself in her space, expect to play by her rules and accommodate her plans, needs, and schedule.

Scorpio women are excellent project leaders. They are good at holding together a lot of different threads and making something coherent. This also makes them great researchers, especially when combined with their natural thirst to discover the secrets behind mysteries. They play less well as a member of a team, as they can’t help but question every action and decision that is not their own, and debate things down to the minute details.

Scorpio women are good with money, when it comes to making it and saving it. They are very protective of their financial security, and don’t like to share the details with others. She will probably never open a joint account with a partner, as she prefers to keep those things private and separate.

When it comes to love, Scorpio women want to be pursued. They want to be wined and dined, and wooed with other-the-top romantic gestures. She is looking for the kind of over-the-top whirlwind romance that you see in the movies.

Once the deal has been closed, her highly emotional character means that she falls in love quickly, though her naturally secretive nature will mean she keeps that as hidden as possible. Her natural tendency is to move quickly and jump straight into serious relationships.

The bedroom is another place where Scorpio women like to be treated like a queen, and prefer to receive rather than give. But she is happy to be adventurous if she feels safe and is having a good time.

Scorpio women want classic, over-the-top romance with extreme romantic gestures. This appeals to her sensibilities. She also wants someone with their own mind, and who doesn’t expect her to change anything about herself for the other person. They should like her exactly how she is.

Scorpio women are most compatible with Taurus and Pisces. Taurus loves to woo, and so will feel Scorpio’s romantic streak. They also tend to move quickly once relationships get serious, so these two signs tend to be on the same page.

Pisces are also romantics and love to pursue, so make an ideal match for Scorpio. They also have a tendency to be devoted, and Scorpio is looking for a devotee.

Scorpio women are ambitious and single-minded and always have their eyes on the ultimate prize.