Dealing With a Pisces Man Break-Up 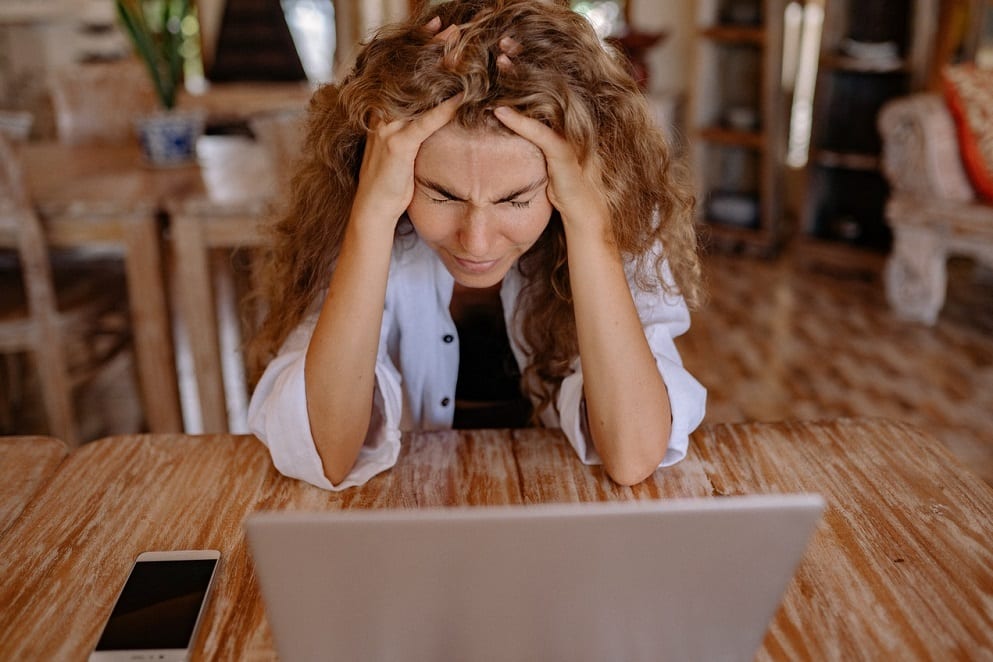 Pisces men don’t find break-ups easy, they’re exceptionally sensitive and emotional, and can often cry at the drop of a hat.

If a Pisces is breaking up with you, it’s not a sudden decision, he has been thinking about it for weeks, months, or even years. If he feels that there is no harmony within your relationship, there will be a split.

The following lets you know everything there is to find out about Pisces men and break-ups!

How Do Pisces Break Up?

Pisces men break up in the weirdest of ways. First of all, they’ll try escape from you as much as they can before any break-up occurs. It’s not that they’re cowards, they just REALLY don’t want to hurt you or see you cry.

If there was a deep connection, and there often is with a Pisces, he’ll talk to you in private, and will hold you as he tells you that he has to move on. There will be tears, and he will apologize a million times over for hurting you in this way.

However, if the two of you are casually dating, he’ll just send over a text, and tell you that he needs to be alone.

How to Know When a Pisces Man is Done with You

You’ll know when a Pisces man is done with you by the fact that he just won’t be around much. Pisces is a sign that likes to “escape” as much as possible, and if he doesn’t enjoy your company, instead of telling you, he’ll just try avoid you as often as he can.

If the two of you live together, he’ll pull away in bed and not want to hold you at night, or make love to you. He’ll also become very distant, but will pretend to be sweet when you talk to him, as not to hurt you – and this may confuse you.

He’s ruled by Neptune, which is all about mystery and delusion! He’ll never let you in too deep if he has fallen out of love with you.

See the signs a Pisces man may be finished with you.

Will a Pisces Man Come Back?

Pisces men come back to their ex if they are missing them dearly. No other Zodiac sign loves to love, and be loved, more than Pisces, it truly fuels them.

They will most definitely come back, if together you had a strong bond, and they haven’t found anyone else.

In a Pisces man’s case, he truly doesn’t like to be alone. You see, he sees the world as one – that it has no boundaries, that all “energy” is connected. If you’re not there, he’s definitely going to feel that, and will contact you, even if it’s just to see how you’re coping.

Pisces are unlike any other men in the Zodiac, and can be quite feminine with their feelings.

They’re very in-touch with their emotions.They may start calling you and texting you soon after a break-up. It’s OK to contact them after a break-up – just wait around 7 days before you do!

Do Pisces Miss Their Ex?

Pisces do miss their ex. They can hold a flame for their ex for weeks, months, years, or even decades after breaking up with someone they once loved.

Pisces don’t just get into long-term relationships; they do so because they were truly in love.

Pisces men will miss their ex so much, they will often sob into their pillows at night, take time off work, and sometimes drown their sorrows in alcohol. They will feel like a piece of their heart is missing.

How Do Pisces Men Deal with Break-Ups?

Pisces men deal with break-ups the best way they know how – and that’s by escaping, getting away from it all, and often giving over control to numbing substances. It really isn’t pretty, Pisces men can sometimes appear so lost without their other half.

They’ll do whatever they can to numb the pain, and will often turn to friends who love them and will offer them a lot of care.

Pisces men ARE the lovers of this world! Now that you’re not making sweet and tender love anymore, or cuddling up in front of the TV watching reruns of your favorite Netflix series, he’ll be doing the following:

Pisces men love losing themselves – and what better way than to lose themselves to music in a club?

They’ll love dressing up to look good, hanging out with friends, and dancing the night away to forget all their troubles.

Nothing soothes a wary Pisces' mind quite like the beach. In fact, Pisces often wishes they could live in the sea, and really be part of it (after all, Pisces rules the ocean).

They will spend many days at the beach swimming for hours on end to help them get through their break-up.

The main reason Pisces may flirt with other women, is to receive validation that they are lovable.

Their hearts are aching, and they need to know that there’s nothing wrong with them. The more love and flirtatious gestures they gain from other women, the better they’ll feel.

Pisces absolutely adores animals. After a break-up, a Pisces will either get a puppy or a kitten, or may even visit the local shelter to pick up a dog or cat, and in turn, save its life.

This animal will really light up a Pisces man’s life after a break-up!

Pisces are really well-known for escaping situations - and one way than to escape a broken heart is picking up a bottle of wine.

This is the darker side of Pisces, which is represented by two fish, one swimming upstream, the other downstream.

You most probably had a really deep connection with your Pisces man, and the break-up, I’m sure, was very difficult. The good news is, there’s a big chance he’ll be back. If he doesn’t return though, there’s still plenty of other “fish” in the sea!

If there is no union of the two of you again, you’re going to get through this! There are so many other things out there to make you happy, but look within yourself first!

Make sure you’re taking really good care of yourself, and everything will be just fine! You’ll find yourself in another loving relationship in no time at all! 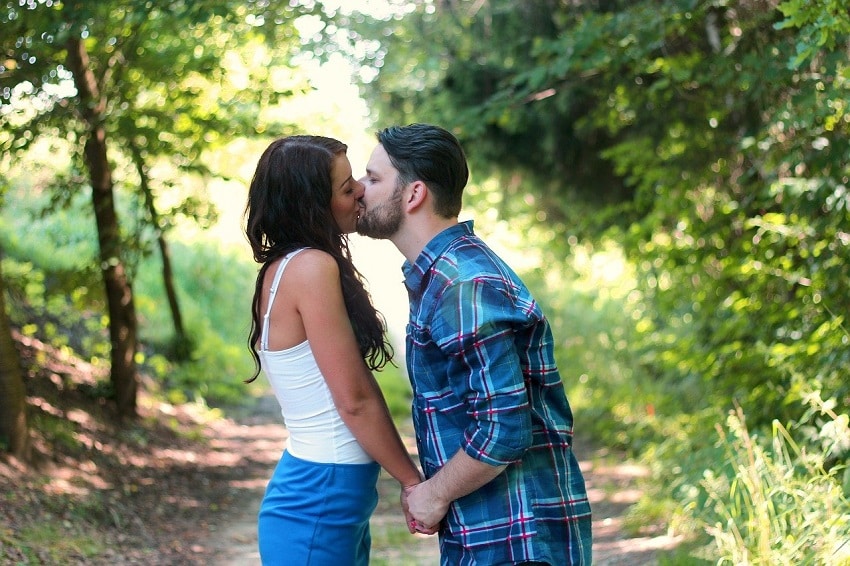 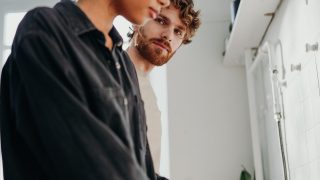 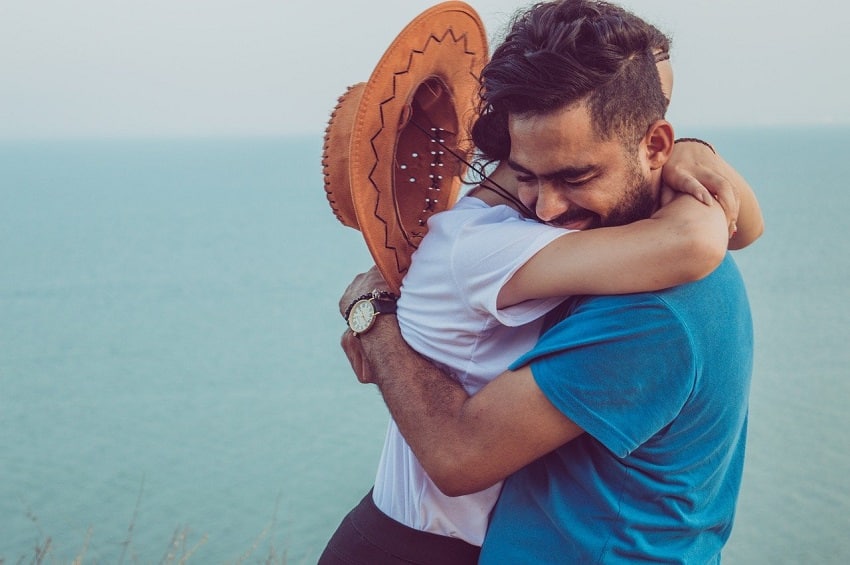 How to Get a Pisces Man to Chase You
4 How To Get Your Pisces Man Back Fast
5