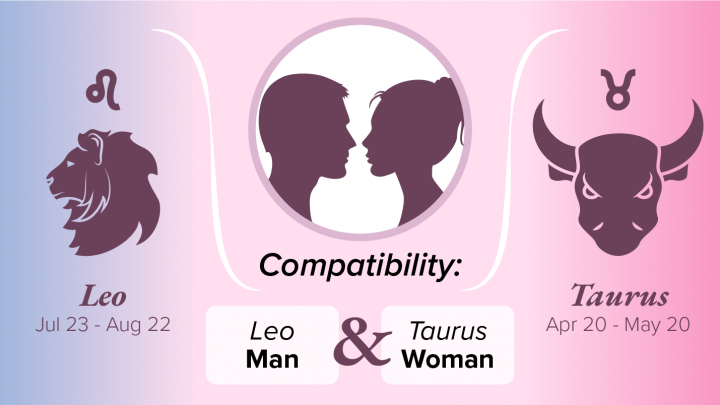 A Leo man and Taurus woman combination are more highly compatible than one might expect by their zodiac signs.

For the most part, this couple are a good match. They are very different, but those differences complement each other nicely.

They will form a rather traditional couple, and they will be devoted and loyal to each other and to their family.

These signs are in a connection with each other known as a square, which in determining zodiac compatibility, is a relationship of conflict and tension.

There is another connection between these two signs, however. This is a relationship known as antiscia.

Antiscia are mirror images to each other along the Cancer/Capricorn axis, which are the Solstice points.

Signs that are antiscia to each other are said to be of equal power and they can “see” each other.

With respect to relationships, signs that are antiscia get along much better than they would otherwise.

If you want to feel that incredible, wonderful connection with your Leo man, then the Leo Man Secrets “Roadmap” is the most comprehensive guide ever created to understanding a Leo man.

A Leo man knows how to put on a show. He is usually at the center of attention, and he often has people surrounding him.

Like the Sun who is his ruler, he brings warmth and brightness to any situation.

On the other hand, he is not all show. Leo is a Fixed sign, which means he has substance as well as style.

While Leo is known to have a very large ego, he can be very generous with praise.

He wants to shine his light on everyone, and for them to reflect this light by shining brightly as well.

When it comes to a partner, though, he prefers someone who is a little quieter.

Though his archetype is the King, he wants to be able to take his crown off from time to time and relax.

He wants a partner who he can come off-stage with.

A Taurus woman is quiet, gentle, and stable. She does not want to be at the center of attention but prefers to be in the background.

Disliking change of any sort, she tends to go to the same places all of the time, and she avoids anyone or anything new. The exception to this is food and music.

A Taurus woman is often a foodie, and she is almost always a fabulous cook.

Music is soothing to the soul of a Taurus woman. She enjoys many different kinds of music, although she does tend to be especially fond of classical or orchestral music.

It is common for a Taurus woman to create music as well, either as a singer or an instrumentalist.

It takes a long time for a Taurus woman to form a romantic relationship, and she often marries someone she has known since she was a child.

Her antipathy to change extends to the changes necessary to get to know someone new and to adjust to being with them.

On the other hand, once she does get used to someone, she will stay with him for life.

It might be difficult for a Leo man and Taurus woman to meet.

She is rarely anywhere in which there is a possibility of meeting anyone new, and when she is in such places, she tends to be extremely uncomfortable.

A Leo man usually has a crowd fawning over him, so he may not notice a quiet Taurus woman who is sitting in the corner either by herself or with a few close friends.

On the other hand, the fact that she is sitting off to the side and not trying to get his attention may bother him, which may prompt him to approach her.

If he does approach her, she will probably warm to him very quickly. It is hard for anyone to resist the charm of a Leo man.

A Leo man pays a lot of attention to his appearance, so he will be well-dressed. This is something that a Taurus woman will notice and appreciate.

Being very practical, a Taurus woman will also be impressed by the prospects of someone who can gather so much attention around him.

Dating will be a slow process. Neither of them will rush into anything, but if they continue to enjoy each other, slowly and surely, their relationship will deepen and grow.

There is always a tension between signs that square each other, but such tension tends to be hot and sexy.

It is very common for there to be a great deal of sexual chemistry between any two square signs, and a Leo man and Taurus woman are no exception.

A Leo man brings a flair to the bedroom, just as he does to every other area of his life. For her part, a Taurus woman will bring a gentle sensuality.

They will settle into a comfortable routine for both of them, and this will be a source of deep bonding for them.

The talents and temperaments of a Leo man and Taurus woman will complement each other and make them an excellent match in marriage.

A Leo man loves to entertain and for his house to be his castle. His archetype is the King, after all!

While a Taurus woman is not extremely social, she does take great pride in her cooking ability and her ability to make a beautiful and comfortable home.

It will not bother him that she will not be as interested in entertaining guests. Indeed, that will give him more room to shine in front of them.

She will happily support him in what she will see as networking to advance the wealth and security of their family.

When they are not entertaining, a Leo man and Taurus woman will have a quiet coexistence together.

Both of them like routines, and they will quickly settle into them together.

A Taurus woman will not be as demonstrative and flattering as a Leo man would like, but he will notice all of the things that she does for him and for the household.

They will balance each other well as parents, and they will take on rather traditional roles as father and mother.

He will want to be treated as the head of the household, while she will take care of the practicalities of caring for the children and the family.

He will be generous and playful with the children, and they will soon learn to ask him for money rather than her.

They may have more difficulty when the children get older, as neither of them will be very flexible with the changes that adolescents inevitably bring.

Working together will be a bit of a challenge for a Leo man and Taurus woman.

As they are both Fixed signs, they will be rather set in their ways.

Still, it will not be as bad as it could be, because no matter what he may say, she will tend to smile at him and do things in her own way.

He will not mind that, so long as she gives lip service to him being in charge.

The truth is that he will do things in his own way as well, and they will settle into a routine together.

If a Leo man and Taurus woman go into business together, they will have a natural division of labor, with him handling the sales and her managing the money.

A Leo man and Taurus woman will usually settle into different spheres in their life together, which will reduce the amount of friction and fights between them.

This is a good thing because if these two ever do get into a disagreement, it can become a real problem.

Both of them are extremely stubborn, and neither of them will budge from a position or an argument.

One source of difficulty that they may have is that a Taurus woman is unlikely to give a Leo man the amount of attention that he wants and needs.

She will quietly go about the business of running their household.

A Taurus woman shows her love by doing things rather than speaking words of affection. This may leave him feeling irritable and unloved.

The important thing will be for him to understand and accept her for who she is.

If a Taurus woman were to try to shower him with the praise that he craves, it would seem forced and inauthentic, which would not satisfy him anyways.

She does love him and admire him. If she did not, she would not be with him.

am Leo and loves this Taurus lady. but she's suspending bed moments, it's now three months, and still she likes to visit me and stay till late at night. what's wrong with them Taurus anyway?

@Kayasel, she wants to get to know you deeply and connect with you on emotional level that's when she let her guard down. .trust me they are worth the wait. .hop the best for you. I am Taurus too in a long distance relationship with a Leo we never met yet but I feel I am emotionally connected to him now after talking n chatting for 6 month's I wish I meet him now more than ever. .take care

I would like to see a list of the best for the odds you've listed for Leo's. I am single and looking so would it be another Leo and Sagittarius, Aris only? thanks 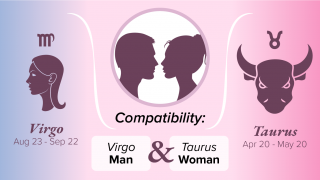 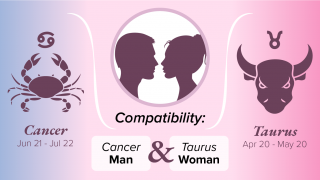 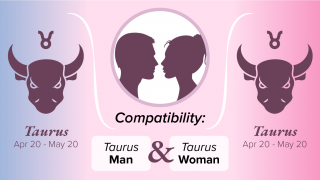 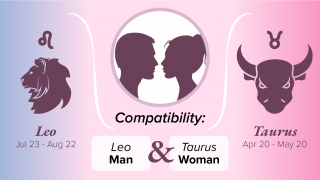