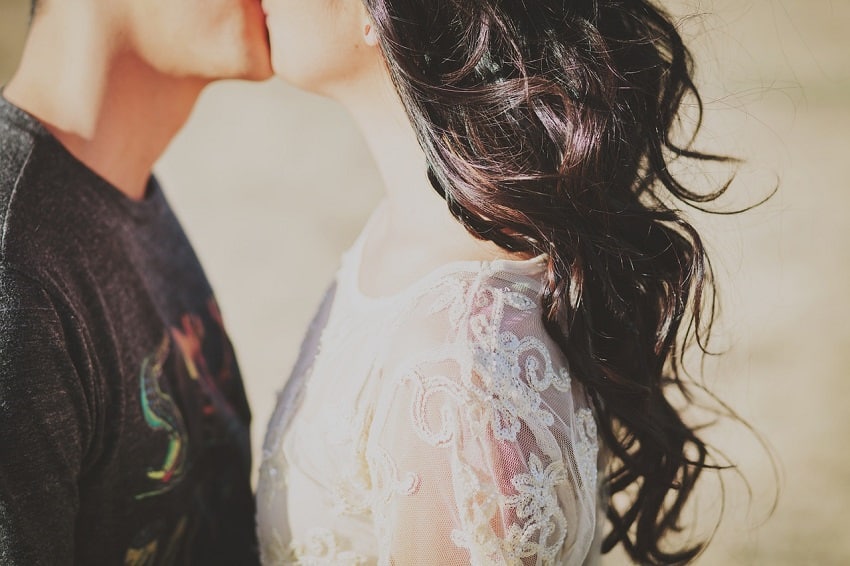 They will both do their best to keep their relationship healthy, and they have a good chance for success over the long-term.

A Virgo man is logical and practical. He notices details that other men tend to miss. Because he notices everything, matters that would seem trivial to others often bother him quite a bit. He wants to be helpful and of service, but this can make him seem critical and nitpicky to others. Ruled by Mercury, he is very good at communication, but he is not very good at romantic expressions of affection. When a Virgo man cares about someone, he usually shows his feelings in practical ways by doing useful chores for his partner or fixing things around the house.  When he does try to do something romantic, he stresses about it, wanting to get it just right.

Even though a Virgo man can be critical, he can idealize a partner and see her through “rose-colored” glasses. He is usually quite devoted to a partner, but he can also get let down easily if she falls from her pedestal. He can be prone to “black and white thinking” in which he sees people as all good or all bad. This is because for him a small flaw will stand out, and it will be hard for him to see the big picture.

A Cancer woman is usually quiet, shy, gentle, and sweet. She is at her best when she has someone to care for and nurture. In any group, she is the one that people go to with their problems, and she usually is willing to be a shoulder for others to cry one. On the other hand, there is a surprising toughness to her, which comes out when she sees someone who needs protection. In some cases, a Cancer woman will have a prickly outer shell until she gets to know someone.

A Cancer woman can be prone to moodiness, however, especially if she does not have anyone to care for. When this happens, she turns her nurturing energy inwards and can become prone to self-indulgence and self-pity. In many signs, the person’s virtues and the flaws are mixed in together, and one generally gets them both at the same time. With a Cancer woman, however, she tends to exhibit either her positive or her negative side fully at any given time. In general, the difference between her positive and negative sides lies in whether she is turning her energy outwardly to care for others, or inwardly to protect herself.

A Cancer woman needs a partner who can provide her with grounding and stability. She also needs one who is not afraid to be vulnerable and who wants children.

A Virgo man and Cancer woman will find each other very attractive from the moment that they meet. They are both rather quiet, and neither tends to call attention to themselves in public. While other people are socializing and mingling, a Virgo man and a Cancer woman are likely to be sitting off to the side. Because of this, they will likely notice each other and decide to keep each other company.

As they do, they will find that they have a lot in common. They both tend to be rather conservative and have similar values. It is very likely that they will decide that they want to get to know each other better.

If he asks her out, he will spend a lot of time planning and preparing for their first date, trying to make sure that he gets everything “right.” She will be impressed by his efforts, regardless of whether they are perfect. In her eyes, she will take it as a sign that he really cares.

A Virgo man can sometimes be inhibited in the bedroom, but the gentle softness of a Cancer woman will help him relax and enjoy himself. She can also be surprisingly passionate which will increase both of their enjoyment. For them, sex will not just be physical, but it will also help to create and cement the emotional bond between them.

A Virgo man and Cancer woman are likely to move quickly towards marriage. They are both rather domestic and will want to start a home and a family together. In general, they are well matched and have all of the skills necessary to build and maintain a household.

They may have some trouble, however, in that each of them can be rather temperamental in their own way. She can get moody and irritable, and he can seem extremely critical. This can lead to some volatility in their relationship as well as hurt feelings. They will both need to learn to live with each other’s idiosyncrasies.

On the other hand, they will both naturally balance the other with respect to these idiosyncrasies. A Cancer woman is able to see the larger picture and can help her husband to relax about little imperfections in a patient and gentle way. Likewise, a Virgo man will be able to soothe his wife’s worries through logic and practicality.

They will balance each other nicely as parents as well. A Virgo father has high standards and can sometimes be overcritical with his children. She will be able to soften him and to soothe the children if their feelings get hurt. A Cancer mother can be overprotective and sometimes has trouble supporting her children as they seek greater independence from her. He will be able to help her in letting go when the time is right.

A Virgo man and Cancer woman will work extremely well together. A Virgo man wants to do everything he does as perfectly as he can. This makes him a hard worker, but it can also mean that he has the potential to get distracted and caught up in perfecting a small detail while neglecting the rest of the project. A Cancer woman will be able to help him by giving him direction and by gently steering him to move on to the next task.

A Virgo man brings practical skills and logic to any problem. Sometimes a Cancer woman can get caught up in her emotions, and there are times that she will want to give away too much, particularly if she feels sorry for someone. He will help her to balance business concerns with her natural desire to take care of others.

For the most part, a Virgo man and Cancer woman will get along very well. They tend to balance each other, which helps both of them to act out of their best selves. On the other hand, a Virgo man can easily cross the line from being helpful to being overly critical. If he does, this can hurt the feelings of a Cancer woman.

An example of this could be if she cooks him dinner. A Cancer woman is usually a very good cook, and she may have taken great care to prepare it just right. When he tries it, though, he may notice some tiny flaw and point it out to her. In his mind, he just wants to be helpful, but this could make her feel upset, especially if he does not say anything about the time and energy she put into cooking or what he liked about the meal.

This problem can become magnified because a Cancer woman will not necessarily speak up about her hurt feelings. Instead, she is likely to hold them inside, which could result in her becoming grumpy with him or even passive-aggressive. This will make him nervous, which will increase his likelihood of being critical. This could turn into a vicious cycle and can even destroy what is otherwise an excellent relationship.

The best way to avoid these problems is for them both to be aware of the issue and even learn to find humor in it. If he is aware of his tendency to criticize, and he notices her acting strangely around him, he can perhaps ask her directly what is going on. Likewise, she can pay attention to her tendency to hold her feelings in and push herself into speaking up when she is upset or when there is a problem.

A Virgo man and Cancer woman make a very good couple. They have a great deal in common, but they also have important differences. These differences can help them balance each other and bring out the best in each other. This pairing can result in a very happy life together.