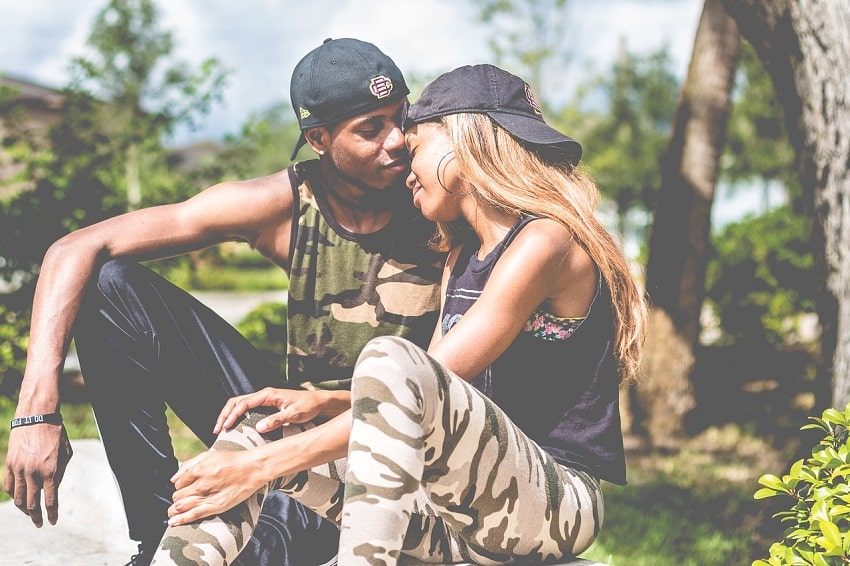 A Taurus man and Leo woman might seem like they are a completely mismatched pair according to their zodiac sign. Surprisingly enough, though, these two can form a strong and long-lasting bond with each other.

Taurus and Leo have two different connections to each other. One of the connections is that of tension, which is known as a square. The other connection is a much more harmonious one, which is known as antiscia. Antiscia are signs that are mirror images to each other along the Solstice axis, which means that the length of daylight is the same when the Sun is in each of these signs. This gives these signs an understanding of each other that they would not otherwise have.

Also, both Taurus and Leo are Fixed signs, which means that once they commit to someone, they will stand by their decision forever.

A Taurus man is kind-hearted and sensual. He is not the most exciting man. He prefers to stick to a routine and does not really care for risks or adventures. Still, he is devoted to his partner and his family if he has them, and he is steadfast and loyal.

Taurus men tend not to be extremely talkative. Instead, they are content to listen. It is hard for them to take the initiative when it comes to meeting people, and they are often a bit shy. Taurus is ruled by Venus, and Taurus men appreciate it when a woman looks her best. They also have well-refined tastes and appreciate things of high quality.

A Leo woman likes to be at the center of attention. When she walks into the room, people notice her. Even though she can seem quite self-important, people rarely get annoyed with her because of it. A Leo woman expects to be admired, and most people tend to fall in line with her expectations without even thinking about it.

Because a Leo woman appears to be all show, it is easy to imagine that she has no substance. This is far from the case. Leo is a Fixed sign, which makes her stable and dependable. A Leo woman is loyal and generous to those that she cares about. She is also very courageous. The reality is that there is much to admire about a Leo woman.

When it comes to a partner, surprisingly enough, she does not want a man who will fawn all over her. She wants a man that is steady with whom she can take off her mask and just be herself. A Leo woman likes to put on a show for the world, but she also wants to be able to come off-stage in private.

Because a Leo woman usually has an entourage surrounding her, it can be very difficult for a Taurus man to approach her. He generally goes to the same places and associates with the same people all of the time, and he rarely goes anywhere new. When he is in a new place, he gets extremely uncomfortable, making it all the more difficult for him to approach anyone.

If she comes to the places he frequents, this may be difficult as well. Just as he is nervous when he is in a new place, he does not like it when there are changes to places that are familiar to him, which includes new people coming.

Even so, he is likely to find a Leo woman very attractive. She is usually dressed very well with fine, well-made clothing and jewelry, which he will notice immediately. She also has an air of drama to her, which will both annoy and fascinate him.

He may or may not attract her attention, but the very fact that he will be hesitant to approach her makes it all the more likely that she will approach him. She wants everyone to notice her, and she will wonder about someone who does not appear to be doing so. This may start the ball rolling for them to date.

If they do start dating, they will enjoy each other’s company. Because she is Fixed as well, she will not rush him, and they will both be happy with their relationship developing at a slow and steady pace.

Signs that are square each other annoy each other, but they also create a great deal of sexual tension. A Taurus man is meticulous and sensual in the bedroom, which will please the Leo woman. The Leo woman is adventurous when it comes to sex, which may make him a little nervous, but it will add some much-needed excitement to his otherwise rather quiet and safe lifestyle.

If a Taurus man and Leo woman marry, they will generally have a good life together. He will enjoy providing her with lovely things, which she will proudly wear and display. They are both very steady and honor any commitments that they make, so disagreements will not break them apart.

A Leo woman is more active and daring than a Taurus man, which will actually be good for him. Left to his own devices, a Taurus man will spend much of his non-working time in front of the television watching the same shows over and over again. Having a wife who will force him out of his chair every so often will give him some balance and will energize him a little.

Neither of them like change very much, so they will happily settle into a routine with each other. At first, they may have difficulty adjusting to each other, but once they do, this tendency on both of their parts to fall into a routine will limit the amount of serious conflict between them. Their conversations and even their arguments will start to seem rehearsed and scripted, and they will be the same over and over again. Other signs might find that dull, but a Taurus man and Leo woman will find it comforting.

A Taurus man and Leo woman as parents

As parents, they will provide a nice balance for each other, particularly when the children are younger. He will be a tender, affectionate, and loving father, and she will be a devoted and entertaining mother. They will have a lot more trouble during the children’s adolescent years. A Leo mother does not like to have her authority questioned, and a Taurus father does not like surprises. Because of this, they are likely to have a lot of conflict with their teenage children when they start to assert their independence. They both will also have trouble even earlier handling the changes that come when their children are growing up.

The important thing will be for both of them to realize that even though they dislike change, it is an unavoidable part of life. For the Leo mother, in particular, it will help if she can see the changes in the children as a source of pride and recognize them as signs that they are growing and developing.

Although a Taurus man and Leo woman do understand each other, they have some difficulties when they work together. A Leo woman will always want to be in charge of anything that they do. A Taurus man does not necessarily care who is in charge, per se. Taurus men are not as prone to sensitive egos as men of some other signs. On the other hand, he does things his own way, and in his eyes, the way he does things is the only right way they can be done. A Taurus man and Leo woman are both very stubborn, so if she tries to make him do things in a different manner, it could be quite a long standoff.

The best thing is for her to just let him do things his own way. Although they are equal in strength, Taurus is Fixed Earth, while Leo is Fixed Fire. Fire, even Fixed Fire, needs fuel to maintain itself and Earth does not. This means that Fixed Earth will always outlast Fixed Fire. In a battle of wills, she will always lose.

After the first few years that they are together, there will be few, if any, serious conflicts between a Taurus man and Leo woman. They certainly have many differences, but once they settle into a routine, they will not have much to fight about. Most of their arguments will be part of the way they interact together, and they will follow the exact same pattern every time.

Some of the things that they will have to work through at first will be the amount of social interaction they both need and his jealousy and possessiveness. She will need a lot of social engagement and attention, and he finds such things exhausting. He may also get jealous when she inevitably receives a lot of male attention.

The solution to these things is for him to allow her to go out without him as much as she needs to. No matter how much male attention a Leo woman receives, she will be faithful to a man she has made a commitment to. A Leo woman is not flighty, nor is she prone to infidelity.

A Taurus man and Leo woman might seem like they would not get along very well, but they do surprisingly well as a couple. They have their differences, but they will work through these differences early on in their relationship and settle into a comfortable routine. Once they do, they will usually stay together for life.

If you want to feel that incredible, wonderful connection with your Taurus man, then the following information is the most important that you will read on the entire internet.

Devoted astrologer and relationship consultant Anna Kovach teaches that there are simple techniques you can use to make it HIS idea to chase you, love you and commit to you. Most women make mistakes that push Taurus men away.

While the compatibility analysis above should help, Anna’s exclusive Taurus Man Secrets “roadmap” works like clockwork on almost every Taurus man out there. It is without doubt the most comprehensive guide ever created to attracting, dating, and having a deep, loving relationship with a Taurus man.

Article Name
Taurus Man and Leo Woman Compatibility: Love, Sex, and Chemistry
Description
A Taurus man and Leo woman may seem like they wouldn't get along well, but they do well as a couple. Dating, sex, marriage and more analysis here!
Author
Cynthia Thinnes
Publisher Name
Numerology Sign
Publisher Logo