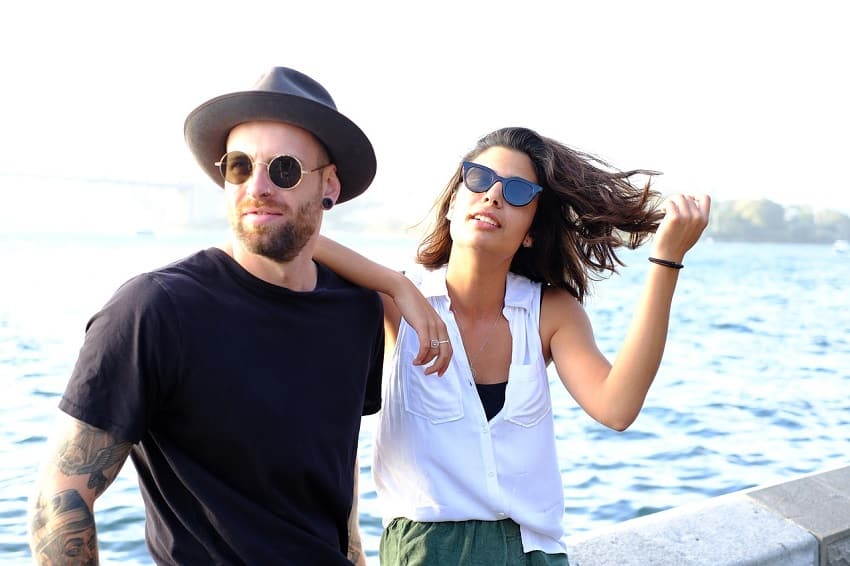 A Pisces man and a Virgo woman are a very good match by zodiac sign. Pisces and Virgo are opposite signs, and as such, they are the natural partners for each other. In some cases, however, opposite signs may be prone to conflict with one another as well, but as opposites go, Pisces and Virgo tend to get along very well. This is especially the case in a Pisces man, Virgo woman couple. The reason for this is that masculine energy tends to make the nebulous boundaries of Pisces more firm and feminine energy tends to soften the rough edges of Virgo.

In this pair, each of them is strong where the other is weak. In this way, they are able to balance each other. Such balance will serve to bring out the best in both of them.

A Pisces man is sensitive and kind. He generally has artistic ability and is well-loved by children and animals. He tends to not fit into societal ideas of what it means to be masculine, but he has a form of courage and strength that is unique to him. In an earlier age, he would be found in a monastery or other religious establishment more often than not.

The wheel of the zodiac is a cycle beginning with the first burst of life and energy that is embodied in the sign of Aries. Pisces is the end of the cycle, and it represents a time of letting go in order to prepare for rebirth and new life. Because of this Pisces is the sign that is least attached to the material world. Pisces has a notoriously difficult time managing the everyday demands of physicality.

A Pisces man does best when he has a partner who can help him manage the material affairs of his life and who can give him grounding in the physical world.

Virgo and Pisces both have a strong desire to give service to others. The type of service that they want to give is very different, though. Pisces wants to provide emotional and spiritual support. Virgo wants to help people on a physical and practical level.

There is a charming vulnerability to a Pisces man. He often fits the stereotype of an “absent-minded professor,” in that he tends to be brilliant while at the same time lacking common sense. A Virgo woman will be drawn to him for this reason and will want to take care of him. There is a great deal of chemistry between a Pisces man and Virgo woman, and a relationship can develop very quickly between them.

In many ways, each of them is exactly the type of partner the other needs, and they will recognize this early in their relationship. She can provide him with the practical help that he requires, and he can be a calming presence for her. Both of these signs have a good sense of humor, which will help them manage their differences. She will gently tease him about his flightiness, and he will do the same about her perfectionism.

A Pisces man and Virgo woman do very well in the bedroom together. There is a high degree of sexual chemistry between them, and they have an intuitive understanding of what each other needs. A Pisces man will be gentle and tender, which will help a Virgo woman get past her inhibitions. As she relaxes, her earthy, sensual nature will come to the forefront, and a deep emotional bond will form between these two.

A Pisces man and a Virgo woman balance each other extremely well when it comes to married life. She can provide the practical support he needs, and he can help her to accept life’s imperfections. They will quickly come to rely upon each other in a variety of different ways. This interdependence will deepen their relationship. It will also allow both of them to shine at what they do best. Without the constant stress of worrying over mundane practical details, a Pisces man can devote his energy to his creativity and his spirituality. Likewise, with someone to soften her, a Virgo woman will manifest the positive trait of striving for excellence without falling into the trap of perfectionism.

On the other hand, they run the risk of becoming lost when the other is not around. This could make it difficult for them to manage if either of them becomes sick or incapacitated.

Even though a Pisces man and Virgo woman are a very good couple in many ways, working together will still present a challenge. As discussed earlier in this article, in the context of relationships, opposite signs are the natural partners for each other. On the other hand, in the context of working together, there can be difficulties. This is because signs opposite each other are always of the same mode.

The mode of a sign refers to how it operates in the world and how it reacts to changes outside of its control. There are three modes, Cardinal, Fixed, and Mutable. Cardinal Signs take the initiative and like to change their environment. Fixed Signs prefer everything to remain the way it is and dislike change. Mutable Signs adapt to the changes that come their way. An ideal working team would consist of all three Modes, and signs of the same Mode often have difficulty working together.

Pisces and Virgo are both Mutable Signs. Pisces is Mutable Water, and Virgo is Mutable Earth. Mutable Signs struggle with direction and purpose. This is why they work best with Cardinal Signs, who can provide such direction, or Fixed Signs, who can provide stability. A Pisces Man has wonderful visions and ideas, but it is hard for him to put them in practice in a practical way. A Virgo woman is practical, but she can get distracted and lost in details. Together, these two may find it hard to focus and coordinate their efforts.

For opposite signs, a Pisces man and Virgo woman will have relatively few fights. They complement each other well and have an uncanny ability to know what the other needs without having to be told. There is one major pitfall in this relationship, however.

A Virgo woman likes to be helpful. She shows her affection by doing practical things for those she loves. Depending on the partner she is with, however, this could lead to an imbalance with respect to the division of labor in the household. Even though a Virgo woman wants to be of service, she does not want to be taken advantage of or treated like a servant. If she feels like this is happening, it will lead to resentment on her part.

A Pisces man will not mean to take advantage of her or treat her like a servant. Pisces is not a selfish or self-centered sign. Nor is this sign especially prone to laziness. On the other hand, because his attachment to the world is so tenuous, there are many things that he just does not notice. He certainly will not be aware of the things that drive a Virgo woman to distraction, such as dust bunnies in the corner.

To maintain her own peace of mind and avoid resentment, a Virgo woman will need to understand this about him and avoid the temptation to become a martyr. If she needs him to do something, she will need to tell him what she wants him to do.

A Pisces man, Virgo woman pairing is an excellent combination. As opposite signs, they are the natural partners for each other. They are also one of the opposite pairs that are able to get along with each other. These two complement each other very well. Indeed, they complement each other so well that they will have difficulty managing when they are apart. A Pisces man and Virgo woman have the ability to form a long-term relationship that will stand the test of time.

If you want to feel that incredible, wonderful connection with your Pisces man, then the following information is the most important that you will read on the entire internet.

Devoted astrologer and relationship consultant Anna Kovach teaches that there are simple techniques you can use to make it HIS idea to chase you, love you and commit to you. Most women make mistakes that push Pisces men away.

While the compatibility analysis above should help, Anna’s exclusive Pisces Man Secrets “roadmap” works like clockwork on almost every Pisces man out there. It is without doubt the most comprehensive guide ever created to attracting, dating, and having a deep, loving relationship with a Pisces man.