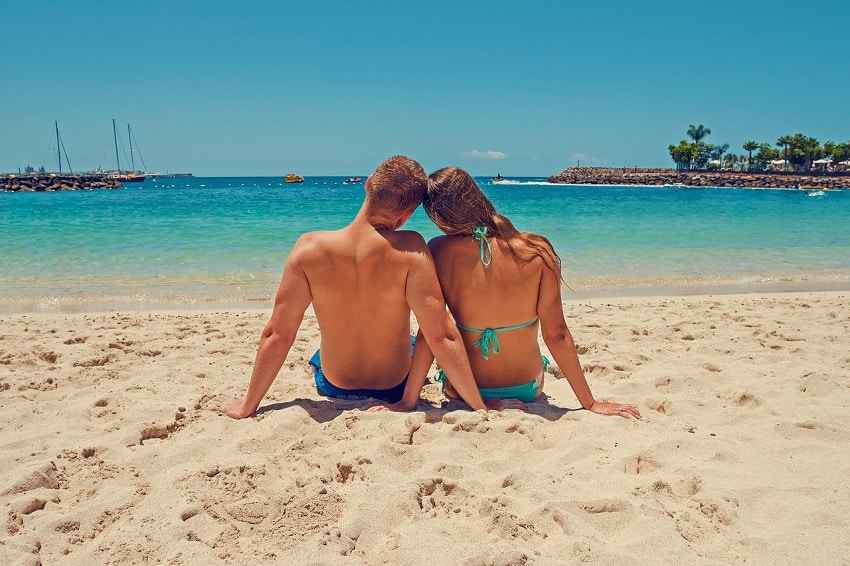 A Libra man usually has phenomenal social skills. He is a natural diplomat, and he is skilled at the art of negotiation and compromise. Libra is an Air Sign, which means that he operates in the world of ideas. He enjoys learning new things. Because of his charm, people from all walks of life open up to him, which gives him a storehouse of information.

Each sign has its priorities and its own understanding of what is most important in life. For a Libra man, balance, harmony, and courtesy are the virtues that matter most. Ambition has a much lower priority for him. It is not that he lacks these qualities, but if he must make a choice between getting ahead and being polite, the latter will always win out.

More than any other sign, a Libra man needs relationships. He cannot perform his archetypal function without them. Because of this, he will do his best to nurture and maintain them.

While the archetypal function of Libra is to create balance and harmony, the archetypal function of Capricorn is to climb to a higher position. In the Northern Hemisphere, Capricorn is the sign at the Winter Solstice, when the Sun is at its lowest point in the sky. It is during this sign that the Sun begins to get higher. A Capricorn woman strives to better herself and those around her. This purpose is more important to her than her relationships. Because of this, a Capricorn woman rarely marries for love alone. She will consider the practical and financial implications of any partnership.

Even so, a Capricorn woman is capable of deep devotion to her partner and family. Her ambitions do not extend to herself alone. Capricorn is not a sign known for selfishness. She will want to help her family and those she cares about to rise in position and status as well. A Capricorn woman may not be very demonstrative, but she shows her love in practical ways.

There is a common trope in movies and in television shows in which a man and woman who dislike each other intensely fall in love. This dynamic sometimes occurs in real life. When it does, it usually involves people from signs that are square each other, such as a Libra man and a Capricorn woman. As discussed above, Capricorn is the sign on the Winter Solstice, when the Sun is climbing up from the lowest point in the sky. In contrast, in the Northern Hemisphere, Libra is the sign on the Fall Equinox, when the length of daytime and nighttime are equal, but nighttime is beginning to get longer. The function of Libra is to let self give way to others.

Because of their vastly different functions, it is hard for these signs to understand each other. On the other hand, both of these signs are at one of the Cardinal Points (the Solstices and the Equinoxes), which creates a connection between them. This is the reason that they simultaneously attract and annoy each other.

A romance between a Libra man and a Capricorn woman can be a stormy one, but it could lead to a lasting relationship between them.

The chemistry between a Libra man and a Capricorn woman could lead them into a relationship that develops into a marriage. If so, both of them will be highly motivated to make their marriage work. The motivation of a Libra man will come from the importance he places on relationships. The motivation of a Capricorn woman will come from her desire to do well at anything she does.

Despite their motivation, they will need to learn to manage the deep differences between these signs. The biggest difference will be in their priorities. For him, their marriage and family will come first. For her, both of their careers, their social status, and their financial well-being will take center stage. These priorities are not necessarily at cross purposes, but they can lead to some major misunderstandings. It will be important for both of them to learn to understand and respect each other.

If they are not careful, their differences could make it difficult for them to parent together. Both of them will be devoted to their children, but they will have very different ideas as to how the children should be raised. It will be important for both of them to learn to respect each other’s strengths. If they do, the children will get the benefit of his training in social skills and her encouragement to always do their best.

Being able to work together will be a particular challenge for a Libra man and a Capricorn woman. Each sign has an element and a mode. The mode of a sign refers to how it acts upon the world and how it reacts to changes outside of its control. The modes of the signs come from the progression of the seasons. Cardinal Signs are at the beginning of each season and represent the forceful energy of change. Fixed Signs are in the middle of each season and they represent the stabilizing force that allows a season to deepen into its fullest form. Mutable Signs are at the end of each season, and they do the work of letting go to make way for the new one.

Signs that are square are of the same mode, and signs of the same mode have a lot of trouble working together. With Cardinal Signs, such as Libra and Capricorn, the problem is that they both want to be in charge. The best way to handle their differences will be for them to be in charge of separate aspects of their business or of the project they are working on.

Although both of them dislike conflict, the relationship between a Libra man and a Capricorn woman can be quite stormy. Some of this storminess will come from the pressure generated by the natural tension between them. Some of it will come from their different priorities, however.

The truth of the matter is that both of these facets are important, however. It is hard to sustain a relationship when there are money problems and when the physical aspects of life are in disarray. Yet, the relationship itself the heart of why they are together. If they are able to see the other’s point of view, they will realize that between them, they have all of the ingredients for a balanced and comfortable life. He will make sure that the relationship itself is strong and well-balanced. She will make sure that their material needs are taken care of.

A Libra man and a Capricorn woman will have many challenges as they try to build a life together. There is a high degree of sexual chemistry between them, but they have very different priorities. Yet, if they are able to work through their differences, they will find that they have everything that they need to build a happy and stable life together.

Article Name
Libra Man and Capricorn Woman Compatibility: Love, Sex, and Chemistry
Description
A Libra man and a Capricorn woman will have many challenges as they try to build a life together. Learn about their full compatibility analysis here.
Author
Cynthia Thinnes
Publisher Name
Numerology Sign
Publisher Logo