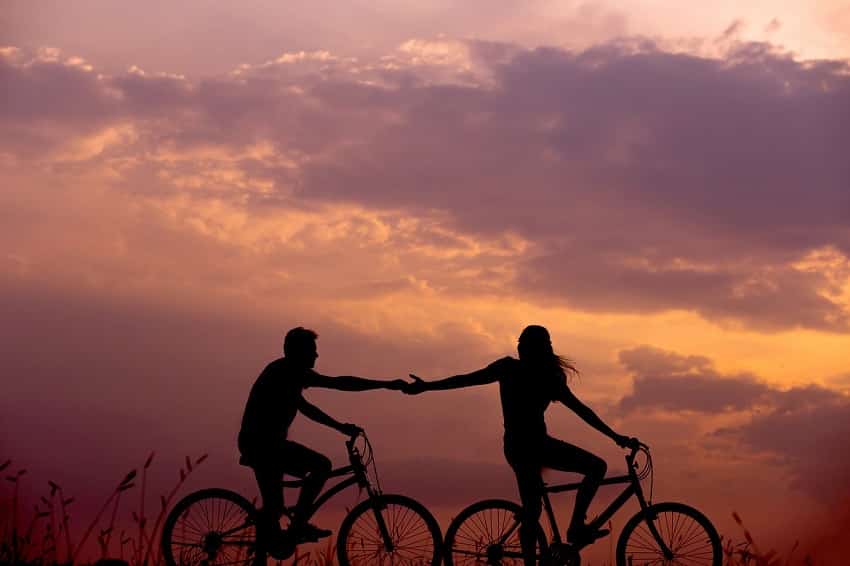 A Libra man and Aries woman are highly compatible. The relationship between Aries and Libra is one of opposition, and opposites are the natural partners for each other. That is the reason for the adage “opposites attract.” Opposite signs often have a lot of conflict with each other, and there will be areas of disagreement between a Libra man and an Aries woman. On the other hand, there will be less conflict in this combination than there would be with an Aries man and a Libra woman.

The reason that there will be less conflict is that the traits of Libra are usually moderated in a man, and the excesses of Aries are often softened in a woman. This makes the differences a little less glaring then they are in an Aries man, Libra woman couple.

A Libra man is the ultimate diplomat. He is charming and friendly. His manners are always impeccable, and he dresses well. Because of this, he is often very popular with women. When a Libra man talks to someone, he has a way of making that person feel like they are his very best friend and that he cares deeply for their welfare.

Because he has such good social skills, a Libra man can size up a person or a situation very quickly. Harmony is extremely important to him, though, so he will generally not reveal what he really thinks to someone he does not know very well.

He enjoys flirting, but he really is not interested in someone who throws herself at him. Sure, he will enjoy the attention, but he really wants someone that he can charm, not someone who is trying to charm him. He is attracted to the unusual and the exotic, and he wants a partner who is strong and self-confident.

An Aries woman is strong and bold. She carries herself with an air of self-confidence and speaks her mind plainly and honestly. She often plays sports, and even if she doesn’t, she is likely to be a sports fan. An Aries woman tends to feel more comfortable with men than she does with other women, but these are not generally dating relationships. Usually, she is seen as “one of the guys.”

An Aries woman does not flirt in the manner of most other women. If she is attracted to a man, she will say so directly. Indeed, she says most things directly without holding back, and this can get her in trouble sometimes.

Because an Aries woman does not conform to gender roles, she can seem a bit exotic. She will not be happy with a man who will not let her be herself. At the same time, she has no patience or respect for a man who is weak.

A Libra man and Aries woman will find each other very attractive. On the other hand, it may take a little time for them to develop a romantic relationship between them. A Libra man is a flirt. He enjoys charming and seducing women, and in any social situation, he will get a lot of female attention. An Aries woman does not flirt or engage in such activities.

While this could result in a missed opportunity, her aloofness may very well attract his attention. He will be interested in her precisely because she is not trying to chase him. When he approaches her, he will treat her in the same way he does any other woman and not as “one of the guys.” This will soften her, and she will reciprocate his advances.

A Libra man and Aries woman will have a hot and exciting sex life. As opposite signs, these two will have a lot of sexual tension and chemistry between them. A Libra man is a good lover who knows how to please a woman, and an Aries woman has a fiery passion. They will enjoy themselves in the bedroom and are likely to try many different things.

Opposite pairs make natural marriage partners. This is because they balance each other and each is strong where the other is weak. On the other hand, an opposition is an aspect of conflict, so there is an inherent tension between a Libra man and Aries woman. In this pairing, however, the tension is generally manageable.

A Libra man is a diplomat and a peacemaker. He wants a beautiful home and for everyone to get along. Libra has an indirect communication style, but this is less pronounced in a man than in a woman. He will be interested in the activities of his Aries wife, but he will not try to overtly control her.

An Aries woman is a fighter, and she speaks her mind. She is generally not very domestic, but she will do what she has to do to contribute to the household. What she lacks in interest in the home and hearth, she more than makes up for in her capacity for hard work and doing what needs to be done. Her Libra husband will be a calming influence on her, and she will appreciate his ability to smooth over the ruffled feathers she can leave behind in social situations.

A Libra man and Aries woman as parents

A Libra man, Aries woman couple will make very good parents together. Although she is not very maternal, an Aries woman is fiercely loyal and protective of those she loves. She will be the overt disciplinarian, but a Libra man can be strict in his own way. For example, a Libra man will insist the children have good manners, especially in public. He will be extremely helpful when the children reach adolescence, especially if they are girls. This is because he will be able to be the peacemaker in the inevitable battles between the teenagers and their mother, especially as they begin to defy her authority.

A Libra man and Aries woman can work very well together. They approach work and business from a different perspective, but they are able to complement each other well. Unlike many men, he is willing to step back and let her take the lead when she wants to. He can also do it in a way that does not look weak or annoy her. Seeing all sides to an issue, he sometimes finds it hard to make a decision. He will appreciate her ability to just take action.

While an Aries woman is able to work hard and make decisions, her social skills tend not to be very good. When it comes to dealing with people, whether it be a repair person for their house or a customer of a business, she often has a lot of trouble. This is where the talents of a Libra man shine. She will appreciate his skill and diplomacy, and his willingness to handle the social interactions that she hates.

Given that this is an opposition pair, and one of the partners is an Aries, these two will have relatively little conflict. A Libra man is one of the few people who can calm and soften an Aries woman, and they will find very little to fight about. There are two situations that could cause a rift between them, however.

If he is unfaithful

Libra men are the most charming men in the zodiac, and they flirt as naturally as they breathe. Even so, an Aries woman will generally not object too much to his flirtations. She is usually not possessive or jealous without cause, and an Aries woman can be extremely naive when it comes to matters of the heart. She would never cheat because that would be dishonorable, so she will not expect him to cheat either.

A Libra man will not go out of his way to cheat, but there are times that flirtation can get out of hand. If this happens, he may not stop himself even if he knows that he should.

If he owns up to his infidelities, there is a chance that she will forgive him. An Aries woman will never forgive him if she catches him in a lie, however.

Being a peacemaker can be a dangerous job, especially when one of the parties to the battle is an Aries woman. A Libra man may try to intervene in her battles, and it could backfire. This will be especially true if, in his efforts to be fair, he appears to take the other person’s side. An Aries woman will see this as disloyalty on his part, which will infuriate her. She will not understand that the Libra man will appear to take her side to the other person as well.

The best thing for him to do is to try to get out of the line of fire as soon as possible and let her handle her own fights.

A Libra man and Aries woman are a great match. They complement each other well, and they have great chemistry between them. Each of them approaches life from a different perspective, but because of this, they balance each other. They have a good chance of living a long and happy life together.