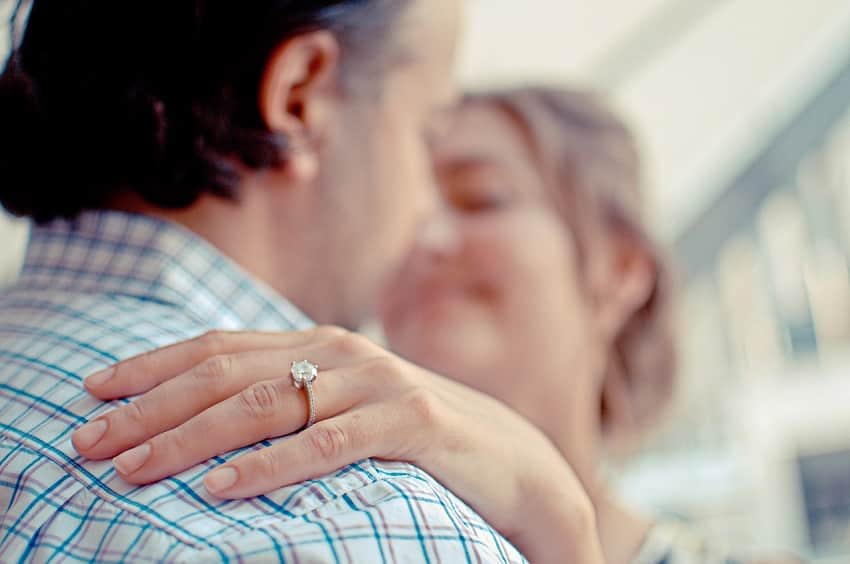 A Leo man and Capricorn woman are a difficult combination by zodiac sign. In most cases, they will not get together as a couple at all. They do not have enough in common to find common ground, but they both want to be in charge of any situation. This means that they are likely to find themselves in power struggles when they are together for any reason.

If, by chance, they do become a couple, though, they are likely to do well together. A Leo man is loyal and dedicated to his family, and a Capricorn woman can do just about anything she sets her mind to. For this reason, if they decide to, they will be able to work through their differences.

Leo is ruled by the Sun. Like his ruler, a Leo man expects to be the center of attention, and he assumes that most activity revolves around him. Also like the Sun, a Leo man is generous and wants to spread light and warmth around. Although a Leo man can be very serious, he wants to enjoy life.

Because of his flashy nature, it can be easy to underestimate a Leo man as all style and no substance. That is far from the case. A Leo man is loyal and dedicated to his family and those he cares about. He also has a great store of courage, which he will use to protect his loved ones.

When it comes to women, the tastes of a Leo man run toward the unusual and unconventional. He wants someone who stands out in some way. Although he wants to be the one in charge when he is in a relationship, he likes a woman who is confident and strong.

Ruled by Saturn, there is a cold and remote quality to a Capricorn woman. She is serious and ambitious. A Capricorn woman works long hours, and it is often hard for her to enjoy life. She is motivated by duty and responsibility, and she rarely has time for leisure or recreation. For this reason, she often rises to the top of her chosen profession, but it can be hard for her to find a romantic partner.

When she is considering a partner, a Capricorn woman looks to practical considerations before romantic ones. She does fall in love, and she can be quite devoted to her partner. It is just that she is very tied to the material world, and so she can not see how an impractical relationship would be good for anyone. She is just as concerned with the material well-being of her partner as she with her own, so she would also reject a romance that would bring her partner down with respect to status or financial well-being.

The most likely ways that a Leo man and Capricorn woman will get together are through work or through their social connections. They will generally not start as romantic partners. Instead, they will be friends or co-workers. As they get to know each other better through these relationships, they may discover each other’s good qualities, which could lead to a romance over time.

A Leo man and Capricorn woman are very different from each other, they will be able to find at least some common ground in the bedroom. A Leo man is passionate and adventurous, and despite her business-like demeanor, a Capricorn woman is quite sensuous. They will need to negotiate somewhat, as his sexuality is fiery and hers is earthy, but they will be able to manage.

If a Leo man and Capricorn woman do become a couple, and if they last long enough to get married, they have a good chance of making their marriage work. A Leo man is dedicated to his family, and he is steadfast in his devotion. Likewise, a Capricorn woman can do whatever it is that she sets her mind to, and she will do what it takes to make their marriage successful.

Despite their efforts and determination, though, they will have to navigate how they make decisions as a couple. They think very differently, and both of them will think that they know best. This will be especially problematic when it comes to money. A Leo man will want to have the best of everything. He will certainly want to have the best that he can afford. A Capricorn woman, on the other hand, tends to be rather tight when it comes to money. No matter how much money they have, she will want to live modestly and save their money. It will be hard for them to negotiate this because neither will understand where the other is coming from.

If a Leo man and Capricorn woman have children, they will both be extremely demanding in their own way. He will expect the children to do well in school and in their extracurricular activities. She will be strict overall. The children will quickly learn to ask him for money rather than her. If these two are going to successfully co-parent, they will need to work very hard to communicate with each other because they will have very different instincts and ideas about how children should be raised.

Working together will be a struggle for a Leo man and Capricorn woman. A Leo man will have set ideas about how everything should be done, and he is generally not open to listening to ideas from others. A Capricorn woman will want to plan and strategize. She will have a long term goal in mind, and she is not any more open to listening to ideas from others than he is.

There are other zodiac sign combinations with similar problems, but in many of those combinations, it is possible for the two to each be in charge of separate areas. This will not work for a Leo man and Capricorn woman, who will not be able to leave the other alone to do things in their own way.

The solution for this is for them to work together long enough to respect and trust each other. They each have gifts that the other lacks. He is an accomplished salesman, and he knows how to present their work to the public. This is a weakness for her, but a Capricorn woman is unmatched when it comes to navigating practical matters. Once they are able to see each other’s strengths, their working relationship will become much smoother.

The relationship between a Leo man and Capricorn woman could become volatile. The reason for this is that both of them will want to be in control, and neither will yield. Money will be one of the main areas of disagreement between them, but almost any joint decision could become problematic.

It will be hard for them to work through their power struggles because their motivations are very different from each other. A Leo man is motivated by pride. He wants to be in control because of who he is. A Capricorn woman is motivated by pragmatic concerns. She wants control because, in her eyes, she knows the best way to proceed to get the maximum results. If a Leo man sees himself as the King, a Capricorn woman sees herself as the Prime Minister.

If they are going to get through their difficulties, they will need to work hard to see where the other is coming from. This will require a great deal of communication. It will also require them both to be aware of their own biases, as well as their own shortcomings. They will also both have to yield somewhat, which will not come easily to either of them.

A Leo man and Capricorn woman do not have anything in common, which will make it difficult for them to form a relationship in the first place. If they do get together and marry, though, they have a good chance of success due to their motivation and determination. Even so, they will need to navigate issues of power and control if they are going to peaceably co-exist. They will also have to negotiate how they manage their money. On the other hand, they will both be dedicated to their relationship and their family, which will go a long way towards helping them through their difficulties.

Article Name
Leo Man and Capricorn Woman Compatibility Love, Sex, and Chemistry
Description
A Leo man and Capricorn woman are a difficult combination by zodiac sign. In most cases, they will not get together as a couple at all. Learn more here.
Author
Cynthia Thinnes
Publisher Name
Numerology Sign
Publisher Logo