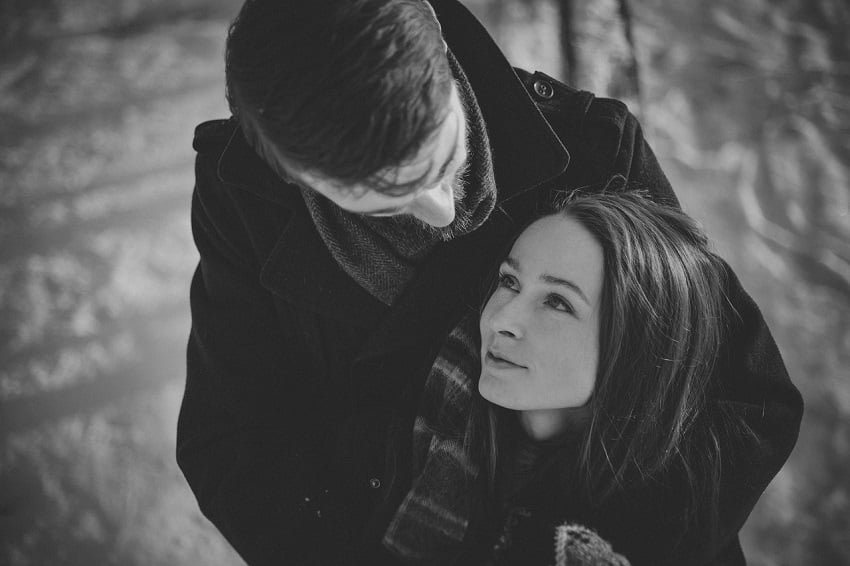 A Leo Man and Aries Woman are highly compatible. In a Leo man, an Aries woman will have found someone stronger and more powerful than her, and she will find him extremely attractive. Likewise, a Leo man will be dazzled by the energy and courage of an Aries woman. They will be extremely happy together.

The archetype for a Leo man is the King! He is almost always at the center of attention. When he speaks, people listen. Often, a Leo man will have a very good sense of humor, and his natural charm makes him fun to be around. Few other people can get away with the unabashed way a Leo man presents himself almost as royalty. In anyone else, his manner would seem like it was overbearing and arrogant. Yet, people usually accept this from him and even enjoy being around him!

While a Leo man wants to be admired by a potential partner, he does not tend to fall in love with those who flatter him too much. He finds a woman who is a somewhat aloof attractive, and he will go out of his way to charm her. He also likes a woman who is exotic in some way.

An Aries woman is strong and bold. She acts like she wants to be the best at everything and like she has no need for romance. Secretly though, she wants someone who is even stronger than her. She is a warrior who wants to serve a King!

Her usual demeanor is combative and confrontational. Despite this, she can be very devoted to someone she respects and admires. Her loyalty knows no bounds. Once someone has earned her respect, that person can do no wrong, and she will become uncharacteristically submissive to that person.

An Aries woman rarely flirts, and in many cases, she can seem almost masculine in manner and appearance. She is capable of falling in love, though, and when she does, she will often adopt a rather shy, awkward, and charming feminity.

Many women will flirt with a Leo man. He commands the attention of a room, and he expects to be admired. What he does not expect is someone who is above the usual games that people play when they are looking for romance. An Aries woman will say what she thinks and feels without pretense, and a Leo man will admire her for this.

This is one of the few combinations with an Aries woman in which the partners will fall into anything like traditional gender roles in the relationship.

A Leo man and Aries woman will have a hot and exciting sex life. A Leo man has a flair for the dramatic, and he is always interesting and entertaining. He is adventurous in bed and loves to try new things.

An Aries woman is bold and aggressive when it comes to sex, but she also finds someone who can overcome her extremely attractive. A Leo man is one of the few signs that can make her melt in the bedroom.

An Aries woman will settle into marriage and family life more easily with a Leo man than she would with most other signs. He is able to charm her not just at first but over the long haul.

Despite this, an Aries woman will absolutely need to have a career or some other activity that she can be in charge of. Even with the charm of a Leo man, the temperament of an Aries woman is not really suited to the home and hearth. Fortunately, though, a Leo man will find a wife who is competent in her career as a source of pride, so he will most likely support her in her ambitions.

The symbol of Leo is the lion, and a Leo man sees himself as the head of his pride. His job is to parade around, show off his magnificent mane, and protect his family when necessary. In the world of lions, it is the lionesses who do the hunting, and similarly, a Leo man is happy to have a wife who will work hard to help support their household.

A Leo man and Aries woman as parents

When it comes to parenting, these two will do well together, and they will balance each other nicely. An Aries woman can be a very demanding mother, and she can also have trouble with the nurturing and emotional support many children need. While a Leo man is not very emotional either, he has a benevolent manner that can be a substitute. He also has a very good sense of humor, so while he may not offer much in the way of comfort, he will make the children laugh, which can often be a good substitute.

He will be strict as well, and he will take his children’s successes and failures at school and in extracurricular activities very personally. Still, he will be easy with praise, and his magnanimous manner will balance the often strict and stern parenting style of an Aries mother.

A Leo man and Aries woman will work extremely well together. He has the ability to see the bigger picture and to engage in long-term planning, while she has the capacity for sheer hard work. An Aries woman does have a temper, though, and she will not have the patience for displays of ego and pride on his part. On the other hand, she can take orders from someone she respects. So long as the Leo man is competent as well as showy, they will do just fine together.

If they have a business together, particularly if it is one that involves people, the Leo man should be the one who interacts with the public. A Leo man is a natural salesman, and he has a charisma that can charm almost anybody into anything. An Aries woman will have much more difficulty with being gracious to clients and customers. On the other hand, she will have a talent for the production end of the business.

Even though an Aries woman will usually defer to a Leo man, she will not appreciate being micromanaged. She will also not have a lot of time to stroke the ego of a Leo man. A Leo man does need a lot of admiration and praise, and he may get a bit grumpy if he does not get enough from the Aries woman.

His ego and her pride

A Leo man may be devastatingly charming, but he will have quite an ego. Most of the time he can get away with it because of his sunny disposition. In a long-term relationship, however, this can get wearing at times. An Aries woman does not have much patience, and she will not pretend admiration that she does not feel.

For her part, the pride of an Aries woman is legendary. She will never apologize or back down if she thinks she is right! There will be times when his ego will meet with her pride, and the results can be explosive.

If such a battle begins, the only way for it to end will be if one or both of them truly believe that they were wrong. If they get angry with each other, the only way they will be mollified is if someone yields and apologizes. The only way this will happen will be if there is a genuine realization of fault or error.

A Leo man and an Aries woman are a well-matched pair. They will admire and love each other very much, and they have the ability to have a long and happy life together. This is a highly compatible combination.