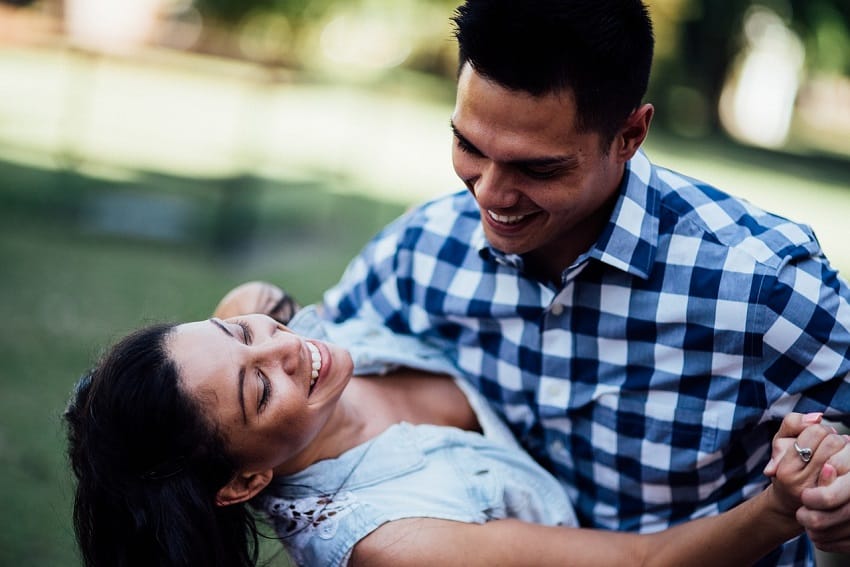 They will find each other attractive, and the problems between them will not be obvious at first. Yet, over time, if they are not careful, the differences between them could become irreconcilable. If they are going to sustain a happy and healthy long-term relationship, they will both need to overcome their natural inclination to dig in their heels in the face of disagreement.

A Leo man is larger than life, and he has an air of royalty to him. He is used to receiving respect and admiration, and he takes in praise like nourishment. He is generous and magnanimous, and he will freely give praise and admiration to others. A Leo man will protect those who are vulnerable and genuinely wants everyone to be happy. His good-natured demeanor makes him seem like he would be easy-going, but a Leo man can be extremely stubborn. Leo is a Fixed Sign, and like all Fixed Signs, once he makes up his mind, he very rarely changes it.

A Leo man is steadfast and loyal, and he can be a dedicated family man. He takes great pride in his family, and he will do what is necessary to protect and care for them.

Although a Leo man rarely lacks female attention, he tends to be interested in women who are not eager to be a part of his court. He likes a challenge and will court someone who is more difficult to impress.

An Aquarius woman is her own person. Of all of the signs, she is the most difficult to define in general terms. This is because she goes out of her way not to fit in and to defy stereotypes. Most other signs feel at least a little uncomfortable if they do not abide by the norms of their community. An Aquarius woman does not. Indeed, she takes pride in being different.

Aquarius has a reputation for being open-minded, but this reputation is very misleading. Aquarius is a Fixed Sign as well. It is true that she will listen to any idea anyone wants to tell her. She is genuinely interested in what others have to say. She will listen actively and will ask intelligent questions. This gives people the impression that she agrees with them and accepts what they have to say. Yet, it is rare that anything anyone says will change her mind one iota.

Even if she is conservative, an Aquarius woman will usually have an egalitarian streak. She will certainly think that her opinion is just as good or better than anyone else’s. Because of this, she tends not to defer to anyone, not even authority figures or experts. She is the one who will announce that the Emperor has no clothes.

There will be an instant attraction between a Leo man and Aquarius woman, whether they recognize it as such or not. This attraction may manifest as a feeling of annoyance, but they will find it hard to stop thinking about each other. She will find him amusing, and he will find her intriguing. She will show interest in him, but she will not become a part of his court of admirers. This will make him want to impress her all the more.

They will likely start their relationship as friends, but over time, it may turn into something more. Both of them will move slowly, as neither of them likes sudden change. At some point, they will realize that they are in love with each other, and their relationship will proceed from there.

As opposite signs, a Leo man and Aquarius woman will have a great deal of chemistry between them. Despite her aloof demeanor, an Aquarius woman is playful and curious in bed. A Leo man is adventurous and bold, and he is willing to try new things. They will have a satisfying sex life together.

Even though a Leo man and Aquarius woman will find each other attractive, and even though they are both stable and consistent, they will run into problems when they try to build their lives together. As Fixed Signs, they will have a hard time adapting to the routines and idiosyncrasies of each other. Neither of them is very good at comprising, and at some point, they will find themselves at odds.

Whatever the side issues are, the core issue will be his pride and her aloofness. While she may hold her tongue in public with people she does not know, she will be honest about what she thinks in private with someone she lives with. Her opinions may not always be flattering to her husband, nor will she always agree with him. At some point, this will wear on him. He will want to feel loved and appreciated. Although she does love and appreciate him, she does not tend to show these feelings in a way that will feed his pride. This will tend to make him more stubborn and high-handed, which will make her more aloof, leading to a vicious cycle if they are not careful.

On the other hand, the fact that they are Fixed Signs will also work to their advantage. Once they have entered into a relationship, they will be reluctant to leave it, especially after they have gotten used to each other.

If a Leo man and Aquarius woman have children, they will provide their children with a stimulating and unique environment. Depending on the temperament of the children, they will either appreciate this or be embarrassed by it. Despite their differences, a Leo man and Aquarius woman will present a united front when interacting with the children, and neither of them will be moved by negotiations or excuses when they have set a rule or boundary.

Eventually, a Leo man and Aquarius woman will find a way to work together, but it will take a long time. Both of them will come into a working relationship with set ideas about the “right” way to do things, and about what is “just wrong.” If they are lucky, those ideas will be in agreement with each other. Most likely, though, they will be at odds.

The good news is that the longer they work together, the more time they will have to adjust to each other. Once they have adjusted to each other, the working relationship will go smoothly, and they will be able to get a lot accomplished. They will both have difficulty adapting to unexpected change and unforeseen circumstances, however.

As discussed above, the relationship between a Leo man and an Aquarius woman could turn volatile. The main problem will be that an Aquarius woman will not be able to give a Leo man the admiration and deference he craves. It is just not in her nature to do so. This is part of what he found attractive about her at first, but over time, it will wear on him. This will manifest in him stubbornly digging in his heels over something, which will usually be rather minor in the scheme of things. The problem is that an Aquarius woman is just as good at digging in her heels as a Leo man is, making it impossible for them to resolve their disagreement.

If these two want to stay together, they need to do their best to avoid this sort of direct showdown. Neither of them will back down, and the longer they engage this conflict, the harder it will be for them to disengage. Like quicksand, the more they struggle, the more they will sink into the mire of their disagreement, and at some point, they will not be able to get out of it.

In order to prevent this, they will need to understand the underlying problem, which is that he needs more affection and attention than she is comfortable giving. Once they understand this, if they truly love each other, they will need to meet each other halfway. He will have to accept that she will never be a part of his admiring court, and she will have to consciously express the affection that she feels for him as much as she is able to.

Opposite signs attract each other, but they can also have problems. A Leo man and Aquarius woman have more trouble than many opposite sign pairs. On the other hand, there is a lot of chemistry between them. Their Fixed nature will either destroy their relationship or it will bind them together for life. If they are able to bend enough to accommodate each other, they will have a stable and long-lasting partnership.

Article Name
Leo Man and Aquarius Woman Compatibility: Love, Sex, and Chemistry
Description
A Leo man and Aquarius woman are from opposite signs. Opposite signs attract each other, but they can also have problems. Learn more here!
Author
Cynthia Thinnes
Publisher Name
Numerology Sign
Publisher Logo