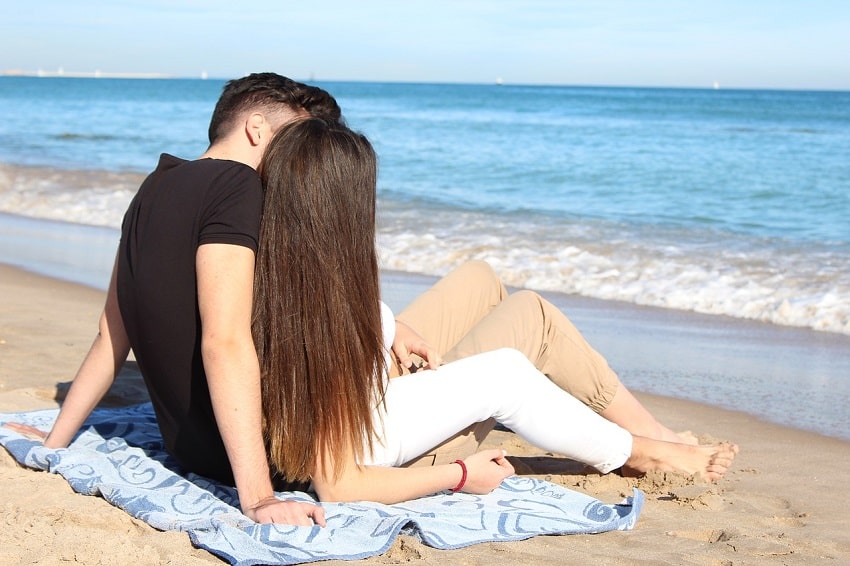 Yet, it is important to remember that compatibility is only one part of the equation when it comes to relationships. The other part is the dedication and commitment of both partners to the relationship. Incompatible pairs can have successful relationships. It just takes more work.

A Capricorn man and a Leo woman do not have much in common. On the other hand, they are both determined and dedicated. This means that if the relationship begins, it has a good chance of surviving.

A Capricorn man is a hard worker and a natural businessman. If he comes from a humble or even a middle-class background, he desires to rise socially. If he was born into a high-status family, it will be important for him to maintain his position and to advance it as much as he can.

Every sign has positive and negative expressions. Most people will be a mixture of the good and problematic traits of their sign. For Capricorn, the positive and negative expressions are well-illustrated in the famous Dickens’ character, Ebeneezer Scrooge. At the beginning of A Christmas Carol, Scrooge is Capricorn at its worst. He is miserly, uncharitable, and focused only on his business. After being visited by ghosts, he demonstrated some of the most positive traits of this sign. Some of these positive traits were the ability to turn his life around and to use his practical skills to benefit others.

A Capricorn man rarely marries only for love. The social and financial implications of marriage will be as or more important than his romantic feelings. That being said, he is capable of great devotion and dedication to his family.

A Leo woman is charming and radiant. She is the life of the party and enjoys being on stage. There is an air of royalty to her, and she has a way of brightening any room she enters.  A Leo woman is famous for her generosity and magnanimity. At her best, she exudes joy and energy, which will be infectious. It is hard not to smile in her presence. She can have a sensitive ego, and like all Fire Signs, she is prone to the fault of pride.

Like a Capricorn man, a Leo woman is concerned with status. On the other hand, she does not feel like she needs to work to climb or rise in status, but instead has an inner sense that it is her due. In another sign, this attitude would tend to annoy other people, but it is hard to get angry with a Leo woman, especially when she turns on her charm.

When considering a partner, a Leo woman looks for someone who stands out in some way. She often does not do what is expected of her with respect to romance, and for her, love is an adventure.

As mentioned before, it is rare for a Capricorn man to be moved by notions such as “love at first sight.” He tends to view passion and romance with suspicion. Instead, he will look for someone who can help him with respect to his career goals. He approaches dating, like everything else in his life, from a practical perspective.

On the other hand, a Capricorn man may find himself interested in a Leo woman for practical reasons. For example, she may be the daughter of his boss, or she may represent the means for him to rise in status in some other way. If so, he will do what it takes to win her heart. A Leo woman may very well be aware that he has some motivations other than love, but she is interested in status as well, so those motivations may not bother her.

Even though he is businesslike, a Capricorn man is very sensual in the bedroom. He enjoys the physicality of sex, and he can be quite an accomplished lover. A Leo woman will appreciate his efforts. On the other hand, they do have very different needs, so they will need to negotiate and compromise if they are both going to be satisfied with their sex life.

A Capricorn man, Leo woman couple will only last long enough to become a marriage if they both make a conscious decision that they want to be together. Even though their initial motivation for dating may have been because of status or financial concerns, they can form a deep emotional bond as well. For this pair, the practical and romantic will not be separate concerns but will be intertwined.

A hit musical has recently brought a historical marriage between a Capricorn man and Leo woman to the attention of popular culture. This marriage is the one that occurred between Alexander Hamilton and Elizabeth Schuyler. They were clearly brought together at least in part by practical considerations, yet, from all accounts, it did turn into a true love match.

A Capricorn man and Leo woman will be very demanding parents. They will both want their children to achieve success in whatever they do. On the other hand, they will balance each other. He will help a Leo woman have reasonable expectations of her children, and she will bring joy, energy, and life to their family.

It will be very difficult for a Capricorn man and Leo woman to work together. They will most likely find themselves in power struggles that will make getting anything accomplished a challenge.

A Capricorn man is used to being in charge, and he will want to plan and strategize. He can also be quite forceful in how he interacts with people he is working with. He is matter-of-fact and hard-working, but it will be hard for him to acknowledge or accept the ideas of others.

A Leo woman is not one to defer or take orders from anyone. She is proud and has her own sense of how to go about doing things. She is also very set in her ways. A Leo woman will not take kindly to the controlling nature of a Capricorn man.

If they can manage to work through their power struggles, they do have the potential to balance each other. A Capricorn man has a keen business sense, and a Leo woman is a natural salesperson. He will be able to keep them on track with respect to their financial well-being, and she will be able to attract customers with her charm.

The main difficulties for a Capricorn man and Leo woman will be over power and control. Capricorn and Leo are very forceful signs that do not have a natural affinity for one another. This can make for a volatile relationship if they are not careful.

If they are going to get through this, they will have to work hard to communicate with each other. They will not naturally understand where the other is coming from, and so they will have to take each other at their word for how they feel and what they need.

One of the things that will help them is if they are able to develop a mutual respect for one another. They will also need to see that the other has positive traits that they lack. A Capricorn man is unmatched at his ability to navigate practical concerns, but he can seem quite cold and calculating, which can tend to put others off. A Leo woman is warm, charming, and generous, but she can neglect to consider practical concerns.

It will be in the financial arena of their lives together that their differences will be most troublesome, but it is also the area that they provide the most balance for each other. A Capricorn man will be obsessed about saving money and can turn into a miser. A Leo woman is quite generous and runs the risk of spending beyond her means. If they can reach a compromise, they will be able to find the perfect balance between these two extremes.

A Capricorn man, Leo woman combination is a bit of a mismatch. They can become a couple, however, particularly if their relationship will help each other financially or with respect to status. Even so, such a couple can indeed turn into a love match. They will need to work through a tendency to engage in power struggles, but they are both dedicated and loyal to their partner. As such, this pair can have a lasting and successful life together.

Article Name
Capricorn Man and Leo Woman Compatibility: Love, Sex, and Chemistry
Description
A Capricorn man, Leo woman combination is a bit of a mismatch. They can become a couple, however, particularly if their relationship will help each other.
Author
Cynthia Thinnes
Publisher Name
Numerology Sign
Publisher Logo