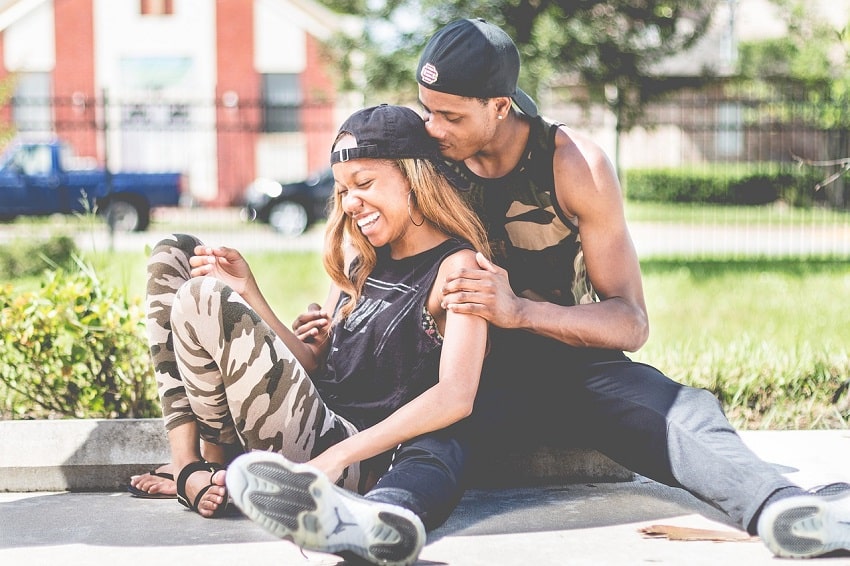 A Capricorn man and Aries woman are not very compatible. These signs are in an aspect of friction with each other, which is known as a square. A Capricorn man, Aries woman relationship is much more likely to than one between an Aries man and Capricorn woman. On the other hand, the potential for conflict is far greater.

If a Capricorn man, Aries woman relationship is to survive and thrive, they will both need to compromise and learn to live with each other. The Capricorn man will have to let go of his need to control and direct, at least in the context of this relationship. He will also have to not expect her to be who she is not. The Aries woman, in turn, will need to learn to appreciate and respect his ability to plan and his understanding of practical matters. If they can do this, a Capricorn man and Aries woman can provide a nice balance for each other and use their respective talents to build a happy and prosperous life for themselves.

A Capricorn man takes life very seriously. He is the stereotypical businessman. Conservative, frugal, and sometimes miserly, he is always aware of his financial situation and social status and is constantly trying to improve both. Because of his sheer determination and capacity for hard work, he usually does rise above the station he was born to.

While a Capricorn man has the capacity for love like any other man, he rarely will marry just for love. He wants a wife who will help him advance socially. Additionally, he is very conservative when it comes to relationships. He wants to be able to devote himself to his career, and he wants a wife who will care for home and hearth and one who will entertain and be a good hostess.

An Aries woman has many good qualities, however, she is not very domestic, and she often chafes at traditional feminine gender roles. When she was a child, she played with toy trucks rather than dolls. She is strong, honorable, and hard-working. On the other hand, she is impulsive, and she does not want to take the time to consider and plan. When she gets an idea, she wants to act on it immediately, and the last thing she wants to do is carefully work through the pros and cons and think through the consequences.

When it comes to dating and relationships, an Aries woman needs a very particular kind of man. She needs one who is strong enough to earn her respect. On the other hand, she also needs a man who will let her be herself and not try to control her or force her to be who she is not. Such a man can be hard to find. Men who are strong enough for her tend to also want to be in control of their relationships. On the other hand, men who do not vie with her for control can appear as weak in her eyes.

Once she does fall in love, however, an Aries woman will be loyal and devoted, and she will do what it takes to make a relationship work.

An Aries woman will usually find a Capricorn man more attractive than he will find her. She will admire his strength, ambition, and capacity for hard work. On the other hand, she will be annoyed with his conservative manner and rather cold demeanor. The tension between attraction and annoyance will make it hard for her to keep him out of her mind.

A Capricorn man will generally have a lot of respect for an Aries woman. She is competent and hardworking. He also may very well find her physically attractive. On the other hand, a Capricorn man will never date based on physical attraction alone. He thinks and plans for the future, and she will probably not fit his concept of a perfect wife for him. On the other hand, if she has money or is of a higher social status than him, he may consider her.

Despite their differences, a Capricorn man and Aries woman will enjoy sex together. Despite his apparent coldness, a Capricorn man can be quite sensual in the bedroom. For her part, an Aries woman is extremely passionate. The tension between them will create heat and sexual tension, which will enhance their sex life.

A marriage between a Capricorn man and Aries woman is a tricky one. Whether it will work will depend on how flexible he is willing to be with respect to his expectations. An Aries woman rarely has much interest in home and hearth. In former times, when society was different, she may have been forced into that role. In that case, being an Aries, she would have done the best she could to make it work. Now, when there are many more choices for her, she will want to avail herself of them.

If a Capricorn man is willing to accept her as she is, they will do fine together. If not, their marriage will be nothing but a power struggle and one conflict after another.

One of the things that will help, particularly if they both work outside the home, is that they are very likely to do well financially. If so, they will probably be able to afford to hire someone to help around the house, or if nothing else, buy labor saving devices. A Capricorn man may be reluctant to spend the money on such things, but it will help reduce the potential friction in the marriage.

A Capricorn man and Aries woman will be extremely strict parents. They will have high standards and expect their children to meet or surpass them. It may be a struggle for children of average abilities to grow up in such a household. A Capricorn man will listen to parenting advice, however, which may help him to relax a little with respect to his expectations.

In some ways, a Capricorn man and Aries woman can work very well together. They have the potential to balance each other. A Capricorn man has the ability to strategize and plan for the future, and an Aries woman has the ability to seize opportunities in the moment and to take risks. Logically, they should complement each other and be a great team.

The reality of the situation is that for a business venture to succeed, there needs to be both careful planning and the ability to take risks and seize opportunities as they come. If they combine their skills and work with each other rather than against each other, there is very little that they can not accomplish as a team. The key is for them to learn to respect each other’s gifts and talents.

There is a high potential for conflict between a Capricorn man and Aries woman. They will fight about many different things, but the real issue will always be the same.

Both Capricorn and Aries are Cardinal Signs. These are the signs of the zodiac that begin each season, and they like to make change and be in control. Capricorn is Cardinal Earth and Aries is Cardinal Fire, and Earth and Fire do not mix very well. The Capricorn man is focused on practicalities, and from that standpoint, he is often right about what they should do. The Aries woman is focused on passion and energy. While it might make sense to make lists and to plan ahead, these activities are very boring for her. Both of them will think that they are right, which will only fuel their conflict.

It will help if the Capricorn man can learn to see that her position is more practical than he realizes. The nature of Aries is such that she will have bursts of great energy and enthusiasm. The trouble is that these bursts do not last very long. An Aries is a sprinter, not a long-distance runner. When these bursts of energy come, she needs to seize them or else they will go away. She is not being irresponsible. She is working with her own nature and temperament. If he can see that and respect it, he will be able to understand her position and let her do things in her own way. This will go a long way in terms of easing the tensions between them.

The relationship between a Capricorn man and an Aries woman has the potential to be a difficult one full of conflict. On the other hand, with work and willingness to compromise, it can be a good one. If they learn to understand and respect each other’s gifts and talents, they can have a happy and successful life together.