Aries and Taurus are among the least compatible signs in the zodiac. Most of the time, signs that are adjacent to each other in the zodiac have little to nothing in common, and this is certainly true of this pair.

Even so, a relationship between an Aries man and a Taurus woman can work, so long as there is enough space between them. Despite their differences, their respective strengths and weaknesses complement each other.

The good news is that most of the problems between these two will show themselves very early on in their relationship. This means that they will either work through them or break up before they ever form a commitment.

So, if an Aries man and Taurus woman get through their differences and do get married, their marriage will likely stand the test of time.

Here are their stronger points of compatibility:

Aries is cardinal fire. Fire represents energy, motivation, and courage. Cardinal the first of the three modes, which are cardinal, fixed, and mutable.

In the year, each season starts with a cardinal sign, deepens with a fixed sign, and ends with a mutable sign. This is the key to understanding the meanings of the modes. Cardinal is the initial burst of energy to get things going, fixed digs in and wants to put down roots, and mutable relaxes to make way for the new season.

An Aries man embodies his cardinal and fiery nature as a courageous and passionate warrior. Ruled by Mars, this sign is always ready to do battle and test himself in competition.

Taurus, on the other hand, is fixed earth. Taurus wants to plant herself in the ground and grow roots. Ruled by Venus, this sign desires peace and stability.

The Taurean reputation for laziness is well earned, however, as a general rule, Taurus women suffer less from this fault than Taurus men.

A Taurus woman will go to great lengths to make her home beautiful and comfortable, and Taurus is renowned for producing some of the best cooks in the zodiac, rivalled only by Cancer.

Financial security is of primary importance to a Taurus woman, so she will look for someone who can be a good provider.

It is highly unlikely that an Aries man and a Taurus woman will get together in the first place. For one thing, eligible adult Taurus women are rare. They often marry their childhood sweethearts.

A sign an Aries man likes you is when he shows off his body. However, Taurus woman will not be impressed by an Aries man showing off his masculinity in front of her. There are some women who like a “bad boy” demeanor, but Taurus women are not among them. If he tries to court her, she will usually find him rude and obnoxious and reject him out of hand.

What will impress her, however, is if she sees him on the job. Aries men take great pride in their work and are usually very good at what they do. This will make her take a second look at him because she will see that he has good prospects.

Over the long term, he may be a bit too rough for her, and she may be a little too dull for him. Still, if this couple commits to each other, they will work these things out and settle into a bedroom routine that each of them can live with.

Find out more about the Aries man in bed, read our guide on attracting an Aries man.

This will not be a super close marriage, though. It will probably look very much like a traditional one, with him being the breadwinner and her taking care of the household. In this type of traditional marriages, men and women often lived very separate lives.

In many ways, these marriages were more of a business arrangement than a romance, based on mutual security and a pragmatic division of labor. This is what will probably happen with an Aries man, Taurus woman marriage.

It’s best that she takes care of the money, though. She will be much better at keeping track of their finances and paying the bills than he could ever be. Indeed, it is very likely that he will sign his paycheck over to her, she will give him an allowance, and they will both be happy with that arrangement.

They will actually balance each other nicely as parents. She will provide security and stability, and he will be both the disciplinarian and the playmate.

The major difficulty will arise if he gets sick or when he retires. He will be miserable if he has to stay home, and he will drive her crazy if he is around all of the time. It will be imperative that he find something to do in order to stay out of her hair.

As we mention in our astrology compatibility guide, an Aries man and Taurus woman are the most compatible when they work together. They are very different, but they can make a good team.

Aries is good at starting projects and getting things going. He has passion and enthusiasm, and he is willing to take risks.

On the other hand, he is not good at following things through. Once work becomes routine and no longer a challenge, he loses interest.This is where Taurus comes in. She is not good at getting things started, she is averse to risk, and she does not get very excited about anything.

However, she is great at continuing with a system that is already established. She loves routine and does not mind mundane tasks.

She will have a very good sense for the business and financial aspects of the work they do together. It is the Taurus woman that will make sure that their paperwork is in order and their taxes are paid. This will free him up to do the things that he is good at.

They will have to compromise with respect to risk-taking, but if they are able to agree, it will likely be just right. The tension will help them make decisions that are not too risky and not too safe.

Typical arguments between an Aries man and a Taurus woman, and how to resolve them

Although an Aries man isn’t the best Taurus match, as a couple they won’t really fight that much. Indeed, this is one of the least volatile matches possible with an Aries of either gender involved.

The reason for this is that it takes two people to have a fight, and a Taurus woman will not. He can scream and shout to his heart’s content, and she will go about her business without missing a beat.

Eventually, he will give up and find another sparring partner, leaving her in peace. On the rare occasions when they do quarrel, it will be one of two scenarios.

He will finally get a rise out of her

Although this pair will not argue much, it will not be for lack of trying on the part of the Aries man. As we mention in our guide ‘How to Make a Taurus Man Chase You‘, if he has a bad day or even if he is just plain bored, he will try to pick a fight with her. Most of the times, his efforts will fail.

Taurus women are remarkably even-tempered, and they rarely get angry. Every now and then, however, he will say something that will provoke even her.

Although Taurus women are extremely slow to anger, they have a formidable temper when aroused. She can certainly hold her own in a battle with an Aries man, and it is very likely that the dispute will end with her putting him in his place.

The Taurean possessiveness is legendary, and while a Taurus woman will forgive a great many things, she will not forgive infidelity. If an Aries man is wise, he will know better than to cheat on her.

On the other hand, there is a great risk of him becoming bored in the relationship and seeking excitement in other ways. If this happens, it is really better for him to take up something like mountain climbing or skydiving. Either of these activities is less risky than braving a jealous Taurus woman.

The relationship between an Aries man and a Taurus woman is a difficult one. They are very different from each other and have little basis for mutual understanding.

On the other hand, if they get together at all, even to date, they have already overcome the biggest barrier to their relationship.

Although Taurus is considered one of the worst Aries matches, they can have a successful marriage. They can also work together, and their strengths and weaknesses complement each other in this context. 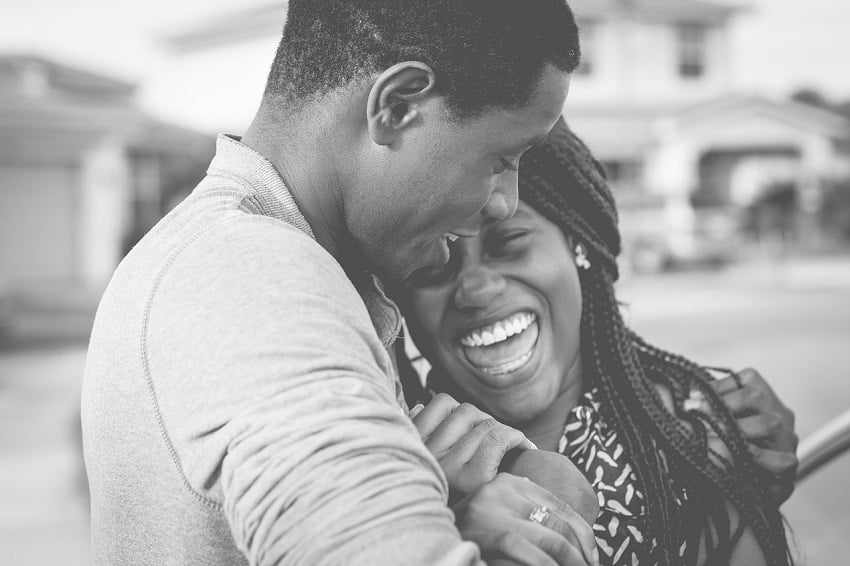