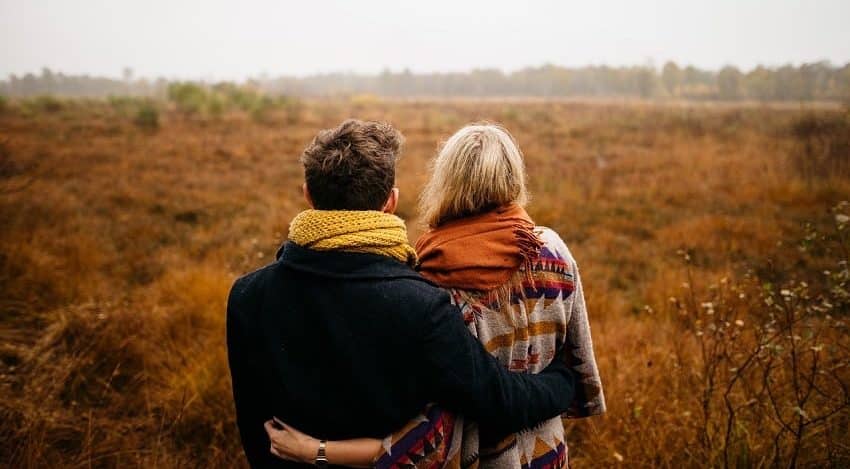 The compatibility between these two is very high, and they can have a happy and exciting life together!

Here is an overview of their strongest compatibility points:

Important traits of an Aries man

An Aries man is a warrior. He is bold and brash. In some ways, he belongs to an earlier time, when men fought to protect their home, their country, and their women. He puts on airs like he wants to be in charge and the king of his castle, but in truth, this is not what he really wants.

What he really wants is a woman who can match him in strength and courage. He desires someone whose affection he must earn. In medieval times, knights would joust to win the favor of their Queen! Deep down inside, an Aries man wants such a Queen!

Important traits of a Leo woman

There is no mistaking a Leo woman. Like the Sun who is the ruler of her sign, she brightens the room whenever she comes enters one. Her charm is legendary, and she almost always has an entourage that follows her!

A natural leader, she tends to be dominant in her relationships. But, like all fire women, she will have no respect for a man who she sees as weak.

Even though she has a very large ego, she tends to be very popular. She can get away with things that most other women cannot. She only expects her due, and very few people will contradict her.

An Aries man and Leo woman will be drawn to each other immediately. The Leo woman is the perfect Queen for the Aries man to worship and adore. The Aries man is strong enough to earn the Leo woman’s respect, but at the same time, he will accept her leadership.

Aries men have a reputation as the “bad boys” of the zodiac, but with a Leo woman, he will be on his best behavior, especially at first. That is because she will not tolerate the bravado that he displays with women of most other signs.

The chemistry between these two will resemble a courtly romance from the pages of a King Arthur legend!

An Aries man and a Leo woman will have a fiery and exciting sex life. They have an instinctive understanding of the other wants and needs in bed.

Their sex life is likely to be unconventional in many ways, and they will both try things than other signs would shy away from. Although she will be in charge of most aspects of their relationship, he will take charge in bed.

An Aries man and Leo woman have the potential for a happy marriage that can last a lifetime. They enjoy each other’s company and have many interests in common.

They may have some trouble, though, when it comes to mundane household chores. Both of them will want them done, but neither of them will want to do them. If they have money and are able to afford help or labor savings devices, this will be much less of an issue.

They are also likely to have more true conflict once they are married. While an Aries man will be on good behavior while they are dating, it is only possible to maintain that for so long.

Eventually, his faults will come to the forefront. (Of course, a Leo woman will have plenty of faults of her own, but she will rarely admit to them.) While women of other signs will overlook the rude behavior of an Aries man, a Leo woman will not. We will talk more about the dynamics of this conflict and power struggle later in this article.

As parents, they both will be strict and demanding. Indeed, she will be even stricter than he will be. A Leo woman is known to be proud and to have high standards, which she will transfer to her children. This could be a problem for more sensitive children or those who are not able to live up to these standards. The problem will be intensified because neither of them will be inclined to listen to parenting advice or seek help.

An Aries man and Leo woman make a good team at work as well as in life. They are both dynamic and hard-working. He has the ability to start new things, which she lacks. She has the staying power that he lacks.

Both of them thrive on challenge, and for the most part, think alike. If they have a business that involves contact with people, it will be best for her to handle that end. She has a natural charm, and he can be a bit rude and abrasive.

Leos, of any gender, are fabulous salespeople, so she will be able to bring in lots of business. For his part, Aries is up to the challenge to manage a lot of work and to put out a high-quality product. Together, these two have all of the talents they need in order to run a very successful business.

The only difficulty they will have will be their pride. They both like to be in charge, and neither one of them will naturally yield. They will not be as competitive with each other as an Aries man, Aries woman couple would be, but they are still likely to waste time and energy on pointless power struggles.

When all is said and done, it is really best for them to have distinct areas of control. In a power struggle between an Aries and a Leo of any gender combination, the Leo will almost always prevail.

As we mention in our Aries compatibility guide, an Aries man will never be happy in a permanent subordinate role. Therefore, he needs to have his own area where he can be in charge without interference from her.

On the outside looking in, they will appear to have a very volatile relationship. They are both fire signs, and fire is loud and combative. Their normal style of communication will be such that other people may even think that they hate each other. This is because they may seem quite rude and insulting to each other.

Yet, for the two of them, this will be just fine. Despite appearances, they will have deep affection and respect for one another. They are just being themselves!

They do have the potential for serious conflict and intense power struggles, however.

All serious fights between an Aries man and Leo woman will be of the nature of a power struggle. There are faults associated with each element, and the primary fault of fire is pride! Both the Aries man and the Leo woman will have more than their fair share of this fault.

The topic of their disagreement can be anything, and really the topic will not matter at all. In most cases, he will defer to a Leo woman, but he will challenge her from time to time. This is what Aries men do! This will especially be the case if other men tease him about his being under the Leo woman’s thumb.

All Leos see themselves as royalty on some level, and they do not like it when their authority is questioned. They are for the most part friendly and magnanimous, but like the lion that is their symbol, they have a mighty roar.

Once the power struggle begins, it will not end until one or both of them yields and apologizes. It might take a very long time for this to happen, though. If the power struggle is bad enough, it could end up with them separating for a time, and it could even destroy their relationship.

Unfortunately, there is not an easy solution to this. Neither of them will yield or apologize if they think that they are right. Other signs may back down just to save the relationship. Neither Aries nor Leo will.

As we alluded to in our guide on how make an Aries man miss you, the only solution is for one or both of them to truly realize that they were wrong. Despite their pride, both Leo and Aries have a strong sense of honor, so they will apologize and make amends if they honestly believe that they have made a mistake.

An Aries man and Leo woman make a fabulous pair. They will have a natural attraction to each other, and they complement each other nicely. The only true difficulty will be if they become embroiled in a power struggle. If they avoid or get through this danger, they will have a long and happy life together.