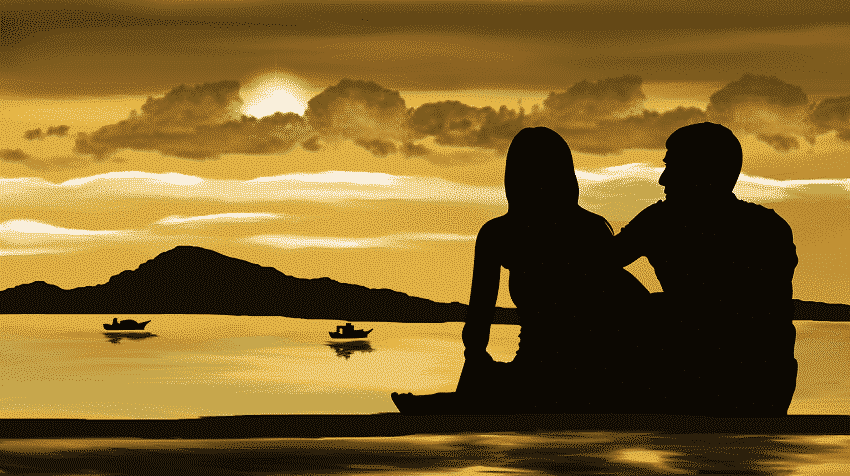 The relationship between an Aries man and Gemini woman will be lively and fun for both of them. The Aries man will keep the Gemini woman entertained with plenty of new experiences.

Likewise, the Gemini woman will be able to keep up with the pace of the Aries man. He can give her focus and direction, and his temper will not bother or intimidate her.

An Aries man, Gemini woman couple will be close friends as well as romantic partners. This is a very good zodiac sign compatibility match.

Here are their strong points of compatibility:

An Aries man is fiery and bold. He loves nothing more than a good challenge. Ruled by Mars, an Aries man enjoys arguing and fighting.

In many ways, he is the stereotypical image of masculinity. When he talks, he will often seem very chauvinistic, and indeed, he probably does see men as superior to women.

There is much more to an Aries man than meets the eye, though. To begin with, his views are likely to be far less extreme than they sound. He will say something obnoxious and rude in the hope that it will provoke a heated response. This will be especially the case if he is attracted to someone. In many ways, he is the schoolboy who teases and torments the girls that he likes.

The truth of the matter is that a shy, retiring, submissive partner is the last thing he wants. He wants someone who will stand up to him and keep him on his toes.

A Gemini woman is vivacious and talkative. She is interested in anyone and anything. She will talk to anyone and will be genuinely interested in what they have to say. For this reason, many think she is flirtatious.

The truth is, though, that usually, she is just enjoying meeting new people and learning new things. Now, she won’t refuse a romantic encounter if it is offered and if she finds the other person attractive.

It is just that she rarely sets out with a goal in mind to seduce or attract someone. Indeed, she rarely does anything with any goal in mind. She lives in the moment and reacts to whatever comes her way.

A Gemini woman will almost always have a sharp intellect, and she enjoys discussing a variety of subjects. She usually knows a little about almost everything, so she can talk intelligently about almost any topic. She loves to debate.

It is rare for her to have fixed opinions about anything, so she happy to take the opposite side of whatever position is offered by someone else. She may also flip sides several times during the same debate. Her aim is not to convince anyone of her ideas but to keep the discussion going.

An Aries Man and Gemini woman will like each other from the beginning. Gemini is a very easy-going sign, which means that she will naturally let the Aries man lead.

On the other hand, it will not seem in any way like he is pushing her around. The reason for this is that Gemini is usually very happy to go along with what someone else suggests, particularly if it seems interesting.

Considered one of the best Aries matches, the Gemini woman will honestly and sincerely be interested in whatever the Aries man has to say. For her, it will be just another new opinion to be explored and discussed.

In a Gemini woman, an Aries man will find someone who loves to argue and debate as much as he does. She will engage with him without showing the least sign of being angry or offended.

A Gemini woman is happy to try anything that an Aries man will suggest, even if it seems risky and dangerous. She will not expect him to be overly romantic or woo her in the usual ways. She will much prefer dates in which they do exotic and adventurous things, which will make him very happy.

Also, read our guide on does an Aries man like me?

How well an Aries man and Gemini woman will do sexually will depend in large part how willing he is to go along with her ideas and suggestions in the bedroom. At first, they will have a lot of fun with sex.

Unfortunately, though, Aries men are not really known to be all that creative, and if they do the same thing, the same way, every time, it will bore a Gemini woman to tears.

Luckily, though, Gemini women will take more initiative in the bedroom than they will in other aspects of their lives, so it is likely she will have ideas of things they could do. If he is willing to try these ideas, they will do just fine. If he is not, he could have trouble pleasing her.

If you want to learn more about what turns an Aries man on, see our guide to seducing an Aries man.

A marriage between an Aries man and Gemini woman will be relatively harmonious. It may look volatile on the outside, but that is only because both of them enjoy a good debate.

If they have children, he will be the disciplinarian. She will rarely follow through on his pronouncements, however, and this could cause friction between them. He also is likely to get annoyed with her because she will rarely put things in the same spot twice. When he wants to do something, he wants to do it now! He will not want to be looking for things in the house.

Yet, even if he gets annoyed, it will not really bother his Gemini wife. Gemini women are not very emotional, and she will just take his bouts of temper in stride. She will go about her business until he is finished.

While Gemini does not have a lot of initiative, she does have the ability to be creative and think of ingenious solutions to problems. This will be a nice balance for him, who can get frustrated quickly if things do not work right away.

For example, if they have computer problems, he will think he can solve them by yelling and pounding on the keyboard, whereas she will go online with her smartphone to find out how to fix it.

Neither of them will have a long attention span or be able to stay focused for long-term projects, but hopefully, whatever they do will not involve such things.

An Aries man and Gemini woman will seem to bicker a lot, but usually, this will really be just playful banter. It is rare that they will have serious fights. There is one exception to this.

An Aries man can be very possessive of his partner. The reason for this is that he will see any signs of infidelity as an affront to his pride. Gemini, on the other hand, has a great deal of difficulty remaining faithful to one person.

An Aries man will usually be able to keep Gemini woman interested in him. His fiery nature and willingness to take risks will make life exciting and keep her from getting bored, but that may not be enough to keep her from straying.

A Gemini woman never sets out to be unfaithful, but things happen. The reason that these things happen is that she really does take life a day or even a moment at a time. Even though she is very intelligent, she is easily led.

So, if she meets someone interesting, and he makes suggestions, she is more likely than not to go along with them, despite her good intentions.

It could also be that she remains completely faithful, but she will still appear to be flirting with other men. Actually, it may be worse if she not cheating, because she will flirt openly. If she is cheating, she will try to hide it, and it is possible the Aries man will never find out.

Gemini is a very social zodiac sign. It is easy to take her genuine interest in other people as something that it is not. If the Aries man gets angry with her for flirting, this could lead to a real battle between them.

In these cases, an Aries man will need to get over his pride and accept her as she is. This what he found attractive about her in the first place. She can and should do her best to be faithful. She will never stop flirting, however. It is too much a part of her fundamental nature.

An Aries man and Gemini woman are a wonderful match that can stand the test of time. They complement each other nicely, and they get a lot of enjoyment in each other’s company. These two will make each other very happy.

Interested in knowing how compatible you are with other zodiac signs? See our handy zodiac sign compatibility chart here. 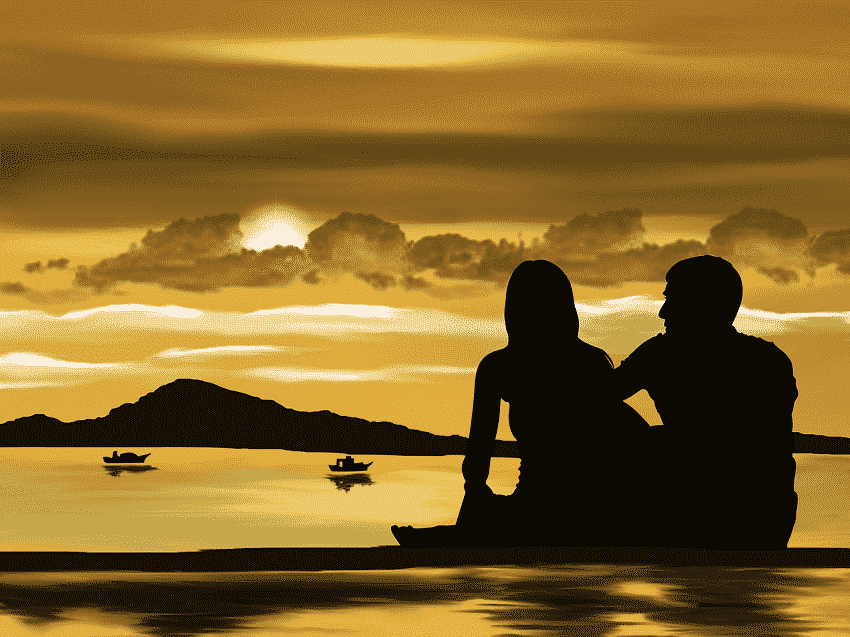