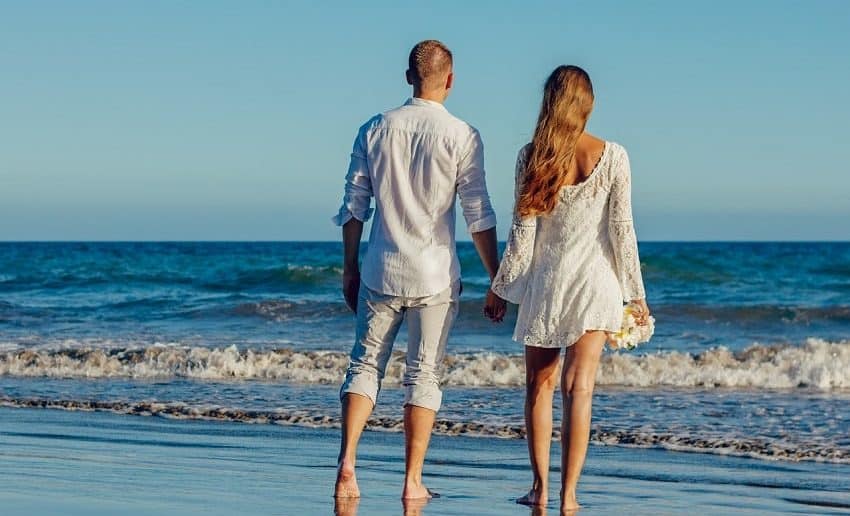 In some ways, an Aries man and Cancer woman form the stereotypical traditional relationship between the sexes. An Aries man is the warrior and protector, while the Cancer woman is the archetypal mother caring for home and hearth.

For this relationship to work, these two must learn strategies to keep their disagreements from becoming all-out wars. If they do learn these strategies, they have the potential to live happily ever after.

Here are their strongest points of compatibility:

An Aries man is the archetypal warrior. The highest expression of this energy is to protect and defend those who are vulnerable and weak. Yes, he enjoys fighting for the sake of fighting, but he is not truly fulfilled unless he has something or someone to fight for.

When there is a problem, he faces it head-on. Like the Ram, which is his symbol, he deals with threats by charging forward. He is not very subtle and has little understanding of the fears or emotions of others. He will tolerate them in a woman, but he does not like them. In his eyes, these things are signs of weakness, and they bring out the worst in him.

As we said before, a Cancer woman is the archetypal mother. She is sensitive and emotional, and she is happiest when caring for others. While she is extremely sensitive, this should not be mistaken for weakness. There is nothing fiercer than a mother protecting her young!

Yet, if a Cancer woman does not have children or someone else to nurture and protect, that energy can turn into self-protection. Like the Crab, which is her symbol, she has a soft inside covered by a hard shell with sharp and dangerous claws. She deals with threats by moving sideways and retreating.

Despite this, the two of them have little in common. For this reason, they will not have much to talk about. They also will not have many things that they enjoy doing together. He would prefer dates to be adventures, while she loves nothing more than a quiet night at home.

The volatility in their relationship may or may not become manifest during this time.

Despite their differences, there is a great deal of sexual chemistry between an Aries man and Cancer woman. These signs are in an aspect with each other known as a square. The square is a very tense aspect, and signs that are square each other tend to annoy each other. Yet, this type of friction often creates strong magnetism and sexual attraction.

Just like an Aquarius Man and Taurus Woman no matter what the difficulties are in the rest of their relationship, they will have a hot sex life!

If the volatility did not manifest when an Aries man and Cancer woman were dating, it will most certainly rise to the surface when they are married. Their fights will have a distinct pattern which we will discuss in greater detail later. Learning to deal with these battles will make or break their marriage.

If they do work out how to manage the explosiveness of their relationship, they can have a happy and successful marriage. They will not be friends, but they will easily settle into the role of husband and wife.

It is generally not advisable to have children to strengthen a bad marriage. However, in the case of an Aries man and Cancer woman, children will go a long way towards bringing their relationship into balance.

The reason for this is that children will bring out the best in both of them. A Cancer woman needs to nurture as much as an Aries man needs to fight. If she has children to care for, she will be less likely to exhibit the negative Cancer traits.

Likewise, an Aries man will want to protect his family. He will also see his Cancer wife excel as a mother, which will cause him to develop a deep respect for her.

With respect to parenting, the two of them will agree on most things. The only thing that may be a problem is if they have boys. He will want to be tougher on them than she will, and he will believe that she is pampering them.

Despite this, he will think that her overprotectiveness is natural for her gender. Rather than arguing with her, he will be even stricter and more demanding with his sons to compensate.

An Aries man and Cancer woman probably should not even try to work together. Here is why.

There are three types of energy in astrology. These three types are called modes. The modes are cardinal, fixed, and mutable. Cardinal takes the initiative and likes to create change. This energy is bold, and cardinal signs like to be in charge. Fixed resists change, and mutable will go along with change, neither initiating nor resisting.

In working relationships, it is far better for two people to be of different modes than the same mode. Of the three modes, cardinal signs have the worst time together. This is because they both want to lead, and neither of them will give way to the other.

An Aries man is cardinal fire, and a Cancer woman is cardinal water. In addition to the problems caused by two cardinal signs, fire and water do not mix well at all. They each want to lead and neither of them understands each other well. This is a recipe for trouble.

If they must work together, it is best for them each to handle separate tasks and leave each other alone.

As mentioned before, arguments between an Aries man and Cancer woman can be explosive, leaving deep wounds and scars on each of them and their relationship. There is no one thing that will set off these fights.

Indeed, even the smallest difference has the potential to be a powder keg. There is a predictable dynamic to these arguments, however, and a simple way to resolve them.

While the topic of the fight could be anything, the actual cause will always be the same. He will get angry about something, and she will feel threatened.

To understand what will happen, it is helpful to look at their respective symbols. Aries is the Ram, and Cancer is the Crab. The Ram will charge forward, and the Crab will retreat sideways.

Eventually, the Ram will back the Crab into a corner. When the Crab is cornered, she will fight back. While Cancer can be sweet, gentle, and caring, she can also be quite mean and cruel. When she attacks with her claws, she can do a lot of damage.

Aries will react by fighting even harder. While an Aries man will not attack a helpless foe, the Cancer woman looks far from helpless. When he escalates the fight, it will cause her to feel even more threatened and redouble her attacks, which will turn into a vicious cycle.

Though these fights can be awful, there is really one simple solution. The Aries man needs to back off and leave the Cancer woman alone for a while. This is the only way these fights can end.

The reason for this is that despite the ferocity of her claws, the Cancer woman is terrified. She really believes that she needs to defend herself in these circumstances. Her belief may not be rational, but Cancer is a water sign and acts out of emotion.

If the Aries man backs off and gives the Cancer woman room, she will start to feel safe again. When she feels safe, she will calm down. Once she is calm, this couple will be able to talk rationally about whatever the problem was, which may actually have been rather minor.

While this is a rather obvious solution, it will not be easy for him. Aries generally does not back down from a fight. In order to do this, he will have to learn to see past appearances and remember she is protecting her soft and tender underbelly. This will invoke his sense of chivalry, and it will help him to treat her as someone to protect rather than as a foe to fight.

A lot will depend on whether the two of them are able to manage their disputes. If so, they can be a complementary pair, and they can also a very good team when it comes to parenting. 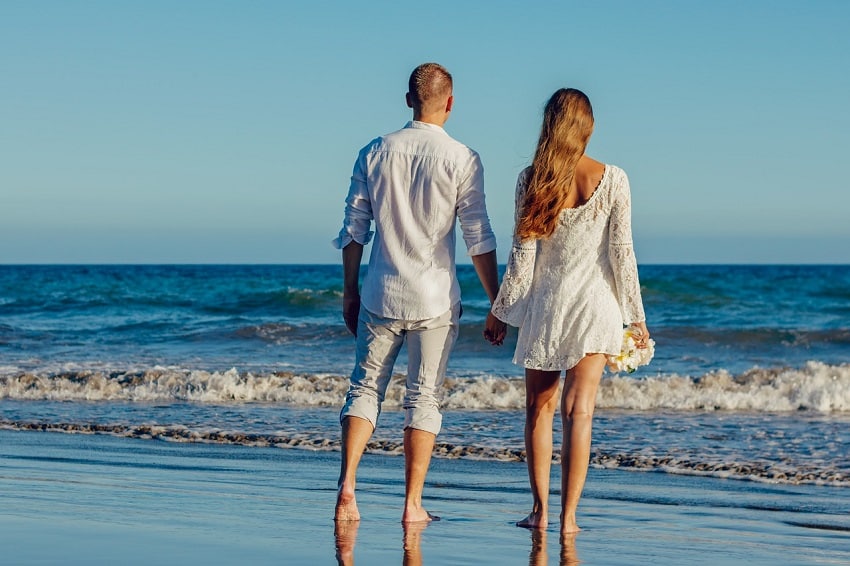