When two people of the same zodiac sign get together, it is a bit of a mixed bag of compatibility. On the one hand, they understand each other and think alike, but sometimes they can be too similar.

Relationships need balance, and in the case of an Aries Man and Aries Woman, they will have a fiery, passionate….and very volatile relationship. Fortunately, neither one of them mind a stormy relationship.

An Aries man is a “manly man”. He is the stereotypical image of masculinity. The Aries archetype is that of the warrior, and there is nothing an Aries man loves more than a good fight! Most Aries men are good at sports, and it is highly likely that he has a trophy case full of medals. He most certainly hates to lose!

In relationships, an Aries man wants to be dominant, but he also wants a challenge. In some ways, he may seem like a male chauvinist, and indeed, he will probably talk like one. Yet, he finds strength in women very sexy. He respects a woman who will stand up to him and not let him push her around.

Find out through our guide here how you can subtly get your Aries man to chase you. 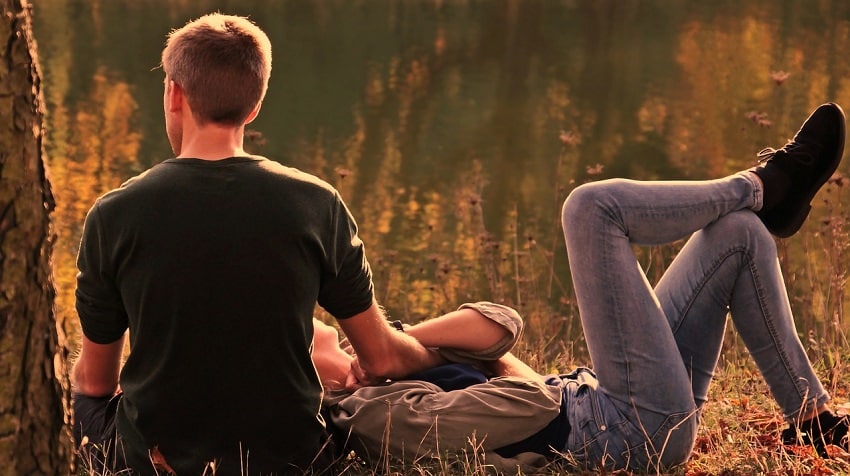 An Aries woman is just as strong and just as tough as an Aries man. However, she is less likely to have been encouraged to develop and show her strength, particularly if she is older. This makes her a little more complicated than an Aries man.

She was almost certainly a “tomboy” growing up, and if she wasn’t, she wanted to be. Just as with an Aries man, it is very likely that she is good at sports and that she has a fair amount of trophies of her own.

When it comes to relationships, an Aries woman is a contradiction. She is just as bossy and controlling as an Aries man. On the other hand, she will have absolutely no respect for a man that she can completely dominate. Indeed, she would make such a man miserable assuming she got together with him at all.

She will put any man through his paces, especially at first. She wants and needs someone who is her equal or even her superior in the things that matter to her.

When they first meet, it very likely an Aries male and Aries female will hate each other. She will think that he is obnoxious and rude. He will probably mock and ridicule her.

The relationship between the two will continue in this way until one or both of them challenge each other to a competition. The nature of this competition will probably be her trying to prove that she is just as good as he is at whatever the challenge is.

This competition will be the start of their romance. It will not matter who wins. They will develop a mutual respect for each other as a result of it, and it will ignite their passion for one another. The rest will be history.

Their compatibility in bed is the greatest asset in an Aries man and Aries woman relationship. Their sex life will be hot and passionate, and they love competition with their partner in bed.

As we alluded to in our guide on how to seduce an Aries man, this is especially true for him. It will likely be just as much of a competition as every other aspect of their relationship, and what they do would likely frighten a less fiery pair. They will enjoy themselves tremendously though.

It might not be a bad idea for them to make sure to soundproof their bedroom, though. 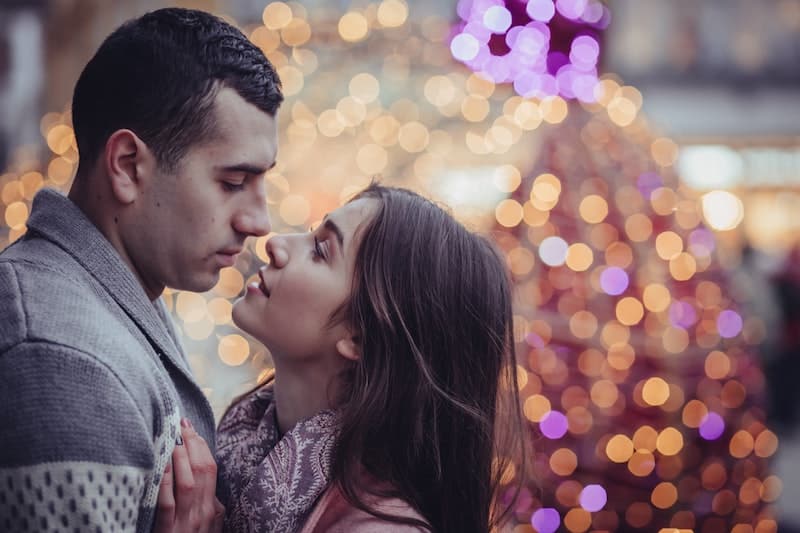 An Aries man, Aries woman marriage is a tricky one. What may work wonders in the bedroom will be hard to manage in the day-to-day running of a household that is required in a long-term marriage. The difficulty is that both of them want to be in control.

In most marriages, each partner settles into what each is good at. With an Aries man and Aries woman, however, neither will ever acknowledge that the other is better than them at anything. Also, it is highly unlikely that either of them will have any real interest in housework or other household chores.

If they are both good at the same sport, this will help ease the tension, because they can work off their anger in training and competition. If they do not have a mutual interest, it would be good for them to develop one.

Yes, they will both have their own separate interests, but they need to find ways to compete with each other in healthy ways. This will help maintain their mutual respect for each other.

A Word About Children

If an Aries man and woman couple have children, they will both be strict and demanding parents. If their children are Fire signs (Aries, Leo, or Sagittarius) like them, everything will be just fine. Fire children will benefit from the strong discipline that Aries parents will provide.

The thing is that they will have no real understanding of children of any of the other elements. Air children (Gemini, Libra, or Aquarius) and Earth children (Taurus, Virgo, or Capricorn) will find ways to cope and even thrive.

Water children (Cancer, Scorpio, or Pisces) will have a really difficult time, though. This will be aggravated by the fact that Water children are usually at least a little empathic and thus will be upset by the constant bickering between their parents.

Aries parents need to consciously develop a sense of chivalry towards their children, particularly if they have sensitive ones. For example, a good rule for them to follow is to avoid fighting in front of their children. 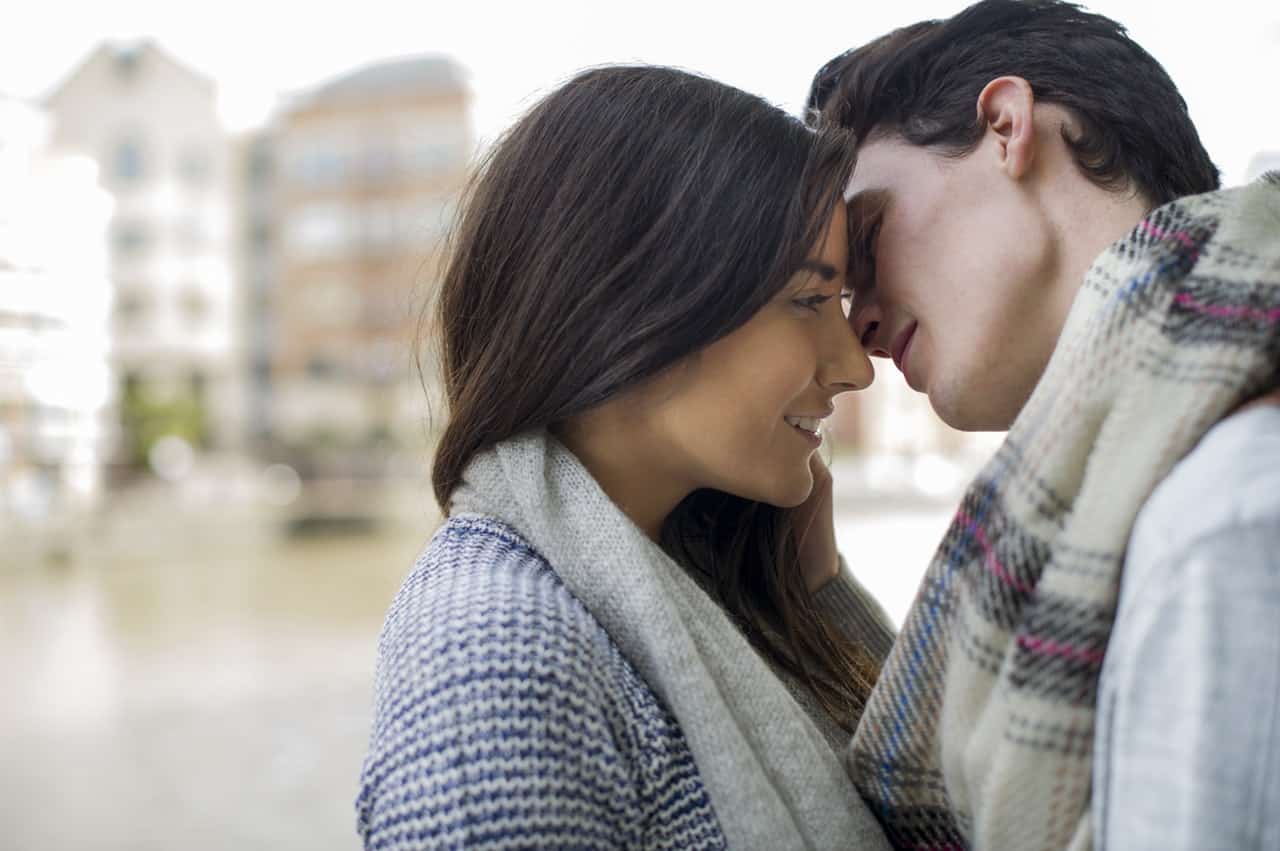 Whether an Aries male and Aries female can work together will depend on how well they can manage their mutual competitiveness. You will never find a harder worker than an Aries of either gender.

On the other hand, they will both want to lead and take charge. This could lead to endless bickering and fighting with nothing getting done.

There are ways to deal with this problem. One way is for both of them to separate the work between them and for each of them to do their own part. Another way is for them to take turns leading, or for each to lead the things that they have the most experience with.

The most important thing will be for them to make the decision that they want to work together and for them to have already developed a mutual respect for each other. There is no challenge an Aries cannot overcome if they set their minds to it.

Each will recognize and admire that quality in the other. If they have not developed this mutual respect, then the situation will be impossible.

The other challenge to working together is that neither of them has the patience for sustained or detailed tasks. In a race, Aries is a sprinter, not a long distance runner. They are also both extremely impulsive, and neither of them will think twice before taking a risk.

So with that in mind, if an Aries man and Aries woman decide to work together, it would be good for them to have staff to manage the boring details and a business advisor to warn them away from risks that are extremely unwise.

All relationships have problems. People are not perfect, and these imperfections will come out in a long-term relationship. Yet, it is often the case that conflict between couples will be predictable based on their Sun signs. For an Aries man, Aries woman couple, the topic of their fights will be:

In many ways, fighting is how this couple will show their love and affection for each other. Often their arguments will lead to passionate encounters in the bedroom.

As mentioned before, one of the healthiest ways for them to manage this volatility will be through sports or games. This will allow both of them to release their natural competitiveness in a less destructive way. If you do have a temporary break, it might be worth reading our guide on how to make an Aries man miss you here.

The truth of the matter is, though, that their arguments will not bother each other. They may, however, upset those around them, especially their children, if they have them.

It is often quite difficult to have a relationship with someone of the same sign, and an Aries man, Aries woman pairing is one of the more challenging of these same sign relationships. Yet, both Aries men and women enjoy challenges, and they can make it work if they set their minds to it.

While the compatibility analysis above should help, Anna’s exclusive Aries Man Secrets “roadmap” works like clockwork on almost every Aries man out there. It is, without doubt, the most comprehensive guide ever created to attracting, dating, and having a deep, loving relationship with an Aries man.