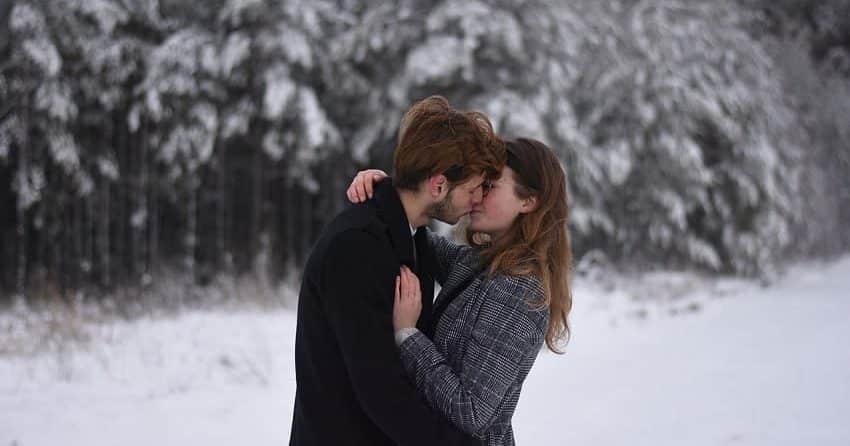 An Aquarius man and a Virgo woman have very little in common with one another. There is no Ptolemaic aspect between these signs. This is a condition known as aversion, and it is said that such signs cannot “see” each other.

When it comes to determining whether two signs are compatible with one another, signs that are averse are considered the most difficult combinations.

In many cases, signs that are averse do not get together at all. If they do get together, though, they can still become a happy and stable couple.

Compatibility is only one half of the story when it comes to successful relationships. The other half is the commitment and dedication of both of the partners.

An Aquarius man is surprisingly stable and a Virgo woman will work hard to maintain a relationship. This will give them the ability to overcome their natural incompatibility if they choose to do so.

Here is an overview of their strongest compatibility points. An Aquarius man can be quite a contradiction, and he can be hard to understand. This is because it is in his very nature to confound expectations. He revels in being different and in not conforming to stereotypes.

Even though he enjoys social contact, he rarely initiates conversation. Instead, he waits for people to come to him. He will listen with interest to even the most outlandish ideas, but he rarely, if ever, changes his opinion once he has formed it.

When it comes to partnerships, he needs intellectual stimulation. He will never find anyone attractive if she is not able to match wits with him in a conversation. It does not matter whether she agrees with him or not. She just needs to be able to hold her own and to say interesting things.

An Aquarius man has a reputation for being aloof and independent. This reputation is deserved to a certain extent, but it is misleading.

Each sign has an archetype and a function. The archetype of Aquarius is the Prophet, and his function is to look at society objectively and to tell the truth, even if it is uncomfortable. Yet, he does still want and need companionship, and when he chooses a partner, he generally stays with her. 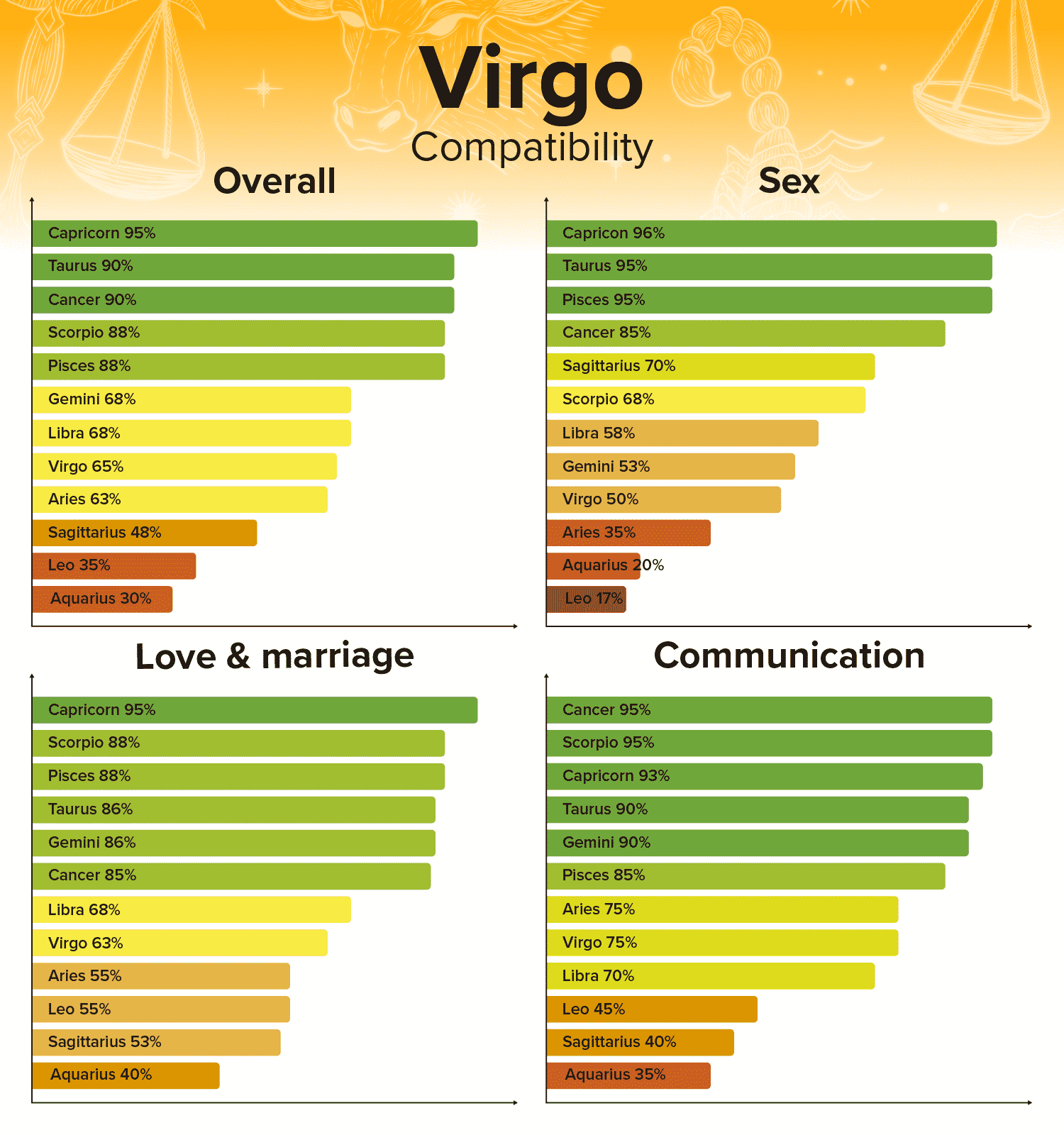 The stereotype of a Virgo woman is that she is a perfectionist and likes to nitpick. While this is true to a certain extent, the stereotype leaves out her intelligence.

Virgo is ruled by Mercury, and a Virgo woman is generally quite curious. Her attention to detail means that she collects a great deal of knowledge about the subjects that interest her.

There is a principle in physics known as the Third Law of Thermodynamics. This law states that in any system, entropy, which is another term for disorder, will always increase unless an outside force intervenes to put things back in order. It is the function of Virgo to combat entropy and create order wherever she can.

In relationships, a Virgo woman is a devoted partner. On the other hand, her diligence can sometimes turn into nagging, which can create tension and friction for both partners.

It will be hard for an Aquarius man and a Virgo woman to form a relationship. It is not that they have anything against each other, it is just that there is not much to draw them together.

Furthermore, neither of them are likely to initiate contact without a good reason, which creates a practical barrier to them meeting in the first place.

On the other hand, it is possible that these two will have hobbies or interests in common. If a Virgo woman is interested in a subject, she will study it in great detail.

This level of detail is likely to lead her in a rather quirky direction, and an Aquarius man specializes in quirkiness. So, they may meet at a geology club, an archeology study group, a birdwatching club, or some other such interest group. If so, they will likely have interesting conversations about the subject area.

In most cases, this will lead them to be colleagues or even friends. In some cases, though, it could lead to romance.

The relationship between an Aquarius man and a Virgo woman is likely to be rather cerebral. Both of them are very analytical, and neither of them is prone to get lost in passion. There is also not much sexual chemistry between these two signs.

On the other hand, they will be able to communicate, and neither of them will be shy about discussing even intimate matters. Because of this, if they choose, over time they can probably work out a way to satisfy each other in the bedroom.

Because of all of the barriers to them getting together in the first place, an Aquarius man, Virgo woman couple that makes it to the altar has a good chance of a successful marriage. They will have made the choice that they wanted to be together in spite of their differences.

Even though an Aquarius man and Virgo woman do not have much in common, individually each of them is a stable marriage partner. An Aquarius man will either get married or he won’t. If he does get married, he will stay married barring extraordinary circumstances.

Aquarius is a Fixed Sign, and thus, does not like change. Once he is used to someone in his life, he will not want to adjust to being without her or to get used to someone new. A Virgo woman wants to do well at anything she does, including her marriage, so she will make a lot of effort to making the marriage work.

If they have children, they could struggle with communication and making sure that they are on the same page. Just like everything else, an Aquarius man will have definite ideas and opinions about parenthood.

A Virgo woman will have her own ideas, but it will be hard to convince him to compromise. On the other hand, these two will provide their children with an excellent education. They will also encourage them to have a love of learning.

The reason for this is that she will be concerned about matters that seem trivial in his eyes. There are few signs that are as interested in details as a Virgo woman, and an Aquarius man is not one of them.

Yet, it is this very attention to detail that makes her such a valuable partner for him. She can see things that he cannot, including problems with his theories. If he ignores her concerns, he will miss out on valuable information.

An Aquarius man and Virgo woman are not prone to conflict other than arguments over intellectual theories or ideas. These arguments will usually bring them together rather than tear them apart. There is one area in which these two could run into serious difficulty, however, but it will generally only arise if they marry or live together.

It is almost a given that a Virgo woman will care more about household chores than an Aquarius man will. Yet, this difference could go much deeper.

An Aquarius man sees his home and his relationships in a very different way. He wants both to be there, but he does not necessarily want to expend a huge amount of energy in maintaining them. This could lead to an imbalance in which she is doing the lion’s share of the work.

While she may not mind that at first, eventually, it will wear on her, especially if she has allowed herself to be a martyr.

If this difference is not to create a permanent rupture between this pair, they will need to meet each other halfway. He will need to put more effort into the relationship. Likewise, she will need to accept that everything will not be as neat and tidy as she would like it to be. In other words, she will need to learn to live with imperfections.

Final Thoughts on an Aquarius Man and Virgo Woman

An Aquarius man and a Virgo woman are a mismatched pair. On the other hand, it is possible for them to form a lasting and mutually satisfying relationship if they choose to do so.

It will take effort and compromise on both of their parts. Yet, both of them have qualities that make them good candidates for long-term relationships, and these qualities will help them along the way. 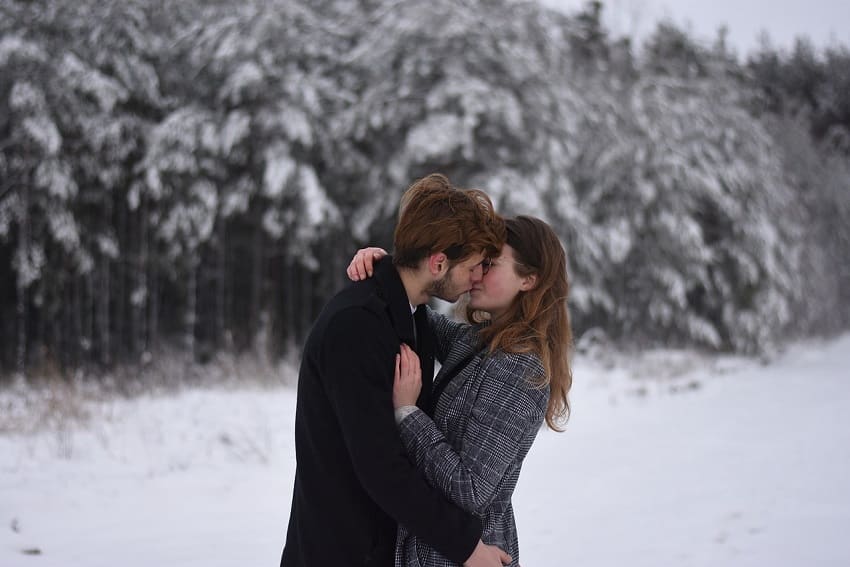